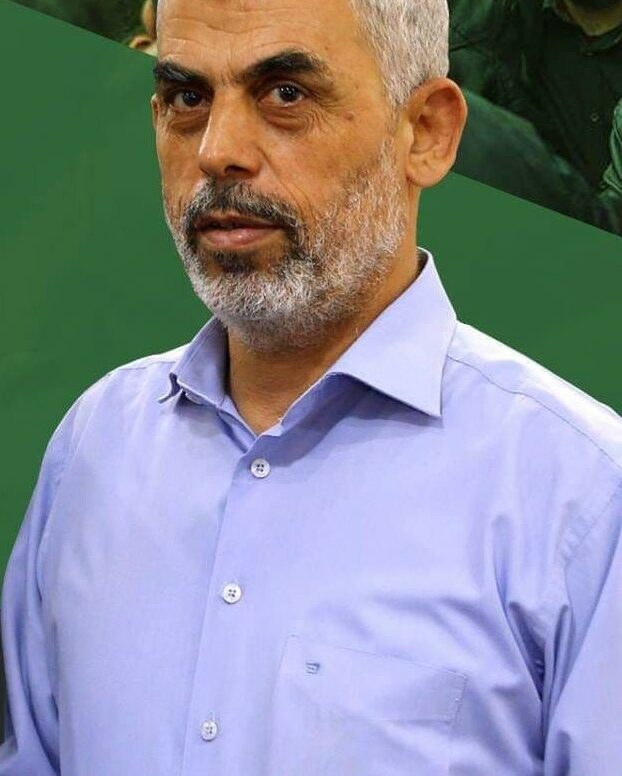 Yahya Sinwar (يحيى السنوار), born in 1962 in Gaza, has been Hamas’s leader in Gaza and a member of its Politburo since 2017. He is considered to be one of the main figures connecting Hamas’s politburo with its armed wing, the Izz al-Din al-Qassam Brigades (IQB). He has led a re-evaluation of Hamas’s external relations, including an improvement in relations with Egypt. Sinwar has also let it be known he will punish anyone obstructing the reconciliation process with Fatah. He has reportedly also sent emissaries to Mahmoud Abbas offering to integrate the IQB into a national Palestinian security force under Palestinian Authority control.

Sinwar has been arrested by Israel on a number of occasions, spending a total of 24 years in prison. He was among the Palestinian prisoners released in exchange for Hamas’s freeing of Israeli soldier Gilad Shalit in 2011. Sinwar reportedly helped establish Hamas’s internal security force (“al-Majd”) in 1988. In September 2015 Sinwar was listed as a Specially Designated Global Terrorist (SDGT) by the US Department of State.