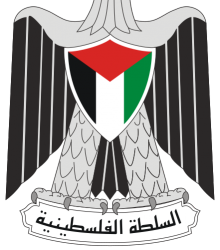 Since the launch of the PLO’s statehood strategy in 2011 the institutions of the PA have been at times been equated to those of the State of Palestine, although a degree of confusion exists over the exact relationship between the two.

The PA was inaugurated in Jericho in July 1994 according to the Gaza-Jericho Agreement (part of the Oslo peace process). This effectively allowed for the return of the PLO to the OPT. The PA has nominal control over both security-related and civilian matters in urban areas of the OPT (Area A), and only civilian control over Palestinian rural areas (Area B). The remainder of the territory, (Area C) which includes illegal Israeli settlements, bypass roads, and the Jordan Valley region, remains under full Israeli control.

With the support of the United States and the European Union, Mahmoud Abbas‘s Fatah attempted to sideline the Hamas-led government that emerged following the group’s victory in the 2006 legislative elections. This led to bloody Palestinian infighting, the fracturing of the PA, and the geographic division of Palestine between a Hamas authority in Gaza and a Fatah authority in the West Bank. This division has become entrenched within Palestinian politics despite a number of reconciliation efforts over the years. There have been no elections since then.

Since 2007, Hamas has worked to develop its own institutions in Gaza, which include ministries, judicial systems, municipalities, and security forces. Meanwhile, in the West Bank, the PA has gained extensive international support to build state institutions despite its decreasing popular legitimacy.

In June 2014, a National Accord Government was formed following an agreement between Fatah and Hamas. Abbas’s decision to reshuffle the government in July 2015 without consulting Hamas led the Islamist group to withdraw its endorsement.