Popular Front for the Liberation of Palestine (PFLP) 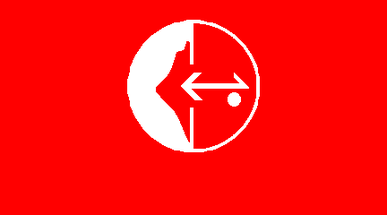 The Popular Front for the Liberation of Palestine (PFLP) is the second largest faction and the main opposition force to Fatah within the PLO.

The PFLP, which styles itself as a revolutionary socialist group, has been in decline since the 1980s following the collapse of the Soviet Union, which had been its chief benefactor. Its standing has been further challenged by the emergence of non-PLO groups such as Hamas and Islamic Jihad (PIJ).

The group was co-founded in 1967 by George Habash, Nayef Hawatmeh, Wadie Haddad, and Ahmad Jibril, as an umbrella organisation for Marxist-Leninist and Arab nationalist groups. It grew out of the now-defunct Arab National Movement and the Palestine Liberation Front. The following year, Jibril split from the group to establish the Popular Front for the Liberation of Palestine – General Command (PFLP-GC).

The PLFP opposes serving in governments under the Palestinian Authority and has been critical of their policies, particularly regarding security coordination with Israel. The party did however contest the 2006 legislative elections as the Martyr Abu Ali Mustafa list, winning only 3 seats.

It opposes a two-state solution and instead calls for the creation of a democratic Palestinian state in all of historic Palestine through armed struggle. Both its political and military wings are listed as foreign terrorist organisations by the European Union and the United States.

PFLP members have carried out numerous attacks against Israeli military and civilians targets. Between 1968 and 1972 it carried out a number of hijackings against international airlines at the direction of Wadie Haddad. It also claimed responsibility for 4 suicide bombings in Israel and the West Bank in 2002 and 2003. In addition, the group assassinated Israel’s minister of agriculture Rehavam Ze’evi in October 2001 in reprisal for the killing of its then-secretary general Abu Ali Mustafa by Israel.

The group’s armed military wing, known as the Abu Ali Mustafa Brigades, is particularly active in Gaza where it has fought against Israel alongside Hamas and PIJ militants.

In April 2016, the PFLP accused Mahmoud Abbas of halting the $70,000 in monthly stipends transferred to the group by the PLO’s Palestinian National Fund (which was set up in 1964 to finance the activities of the PLO and its constituent groups) due to “its opposition to some of his [Abbas’] policies”. Similar accusations have been made by the DFLP. The decision to cut PLO funding to the PFLP was reportedly confirmed by the Palestinian National Fund in 2017.

The PFLP holds its General Conference in secret. It elects the members of the group’s Political Bureau. There are thought to be 18 Politburo members, most of whose identities are unknown. The PFLP also has a General Central Committee. The last General Conference, held in 2014, re-elected Ahmad Sa’adat as secretary general.

Image from PFLP via Wikipedia.