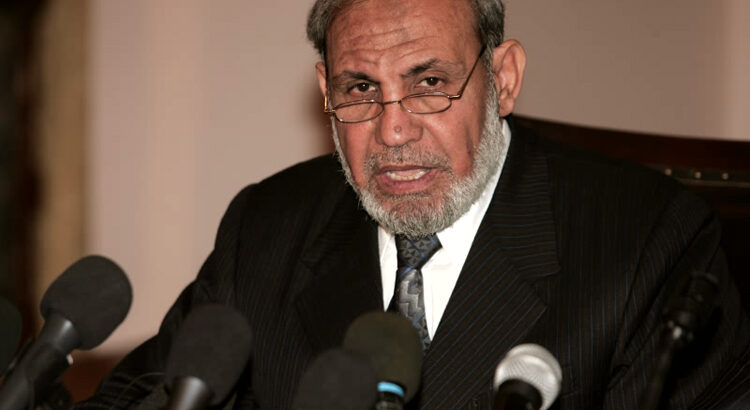 Mahmoud al-Zahar, born in 1945 near Gaza City, is a senior member of Hamas. He was elected to the Palestinian Legislative Council (PLC) in 2006. Following Hamas’s 2006 electoral victory, al-Zahar was appointed Palestinian foreign minister. Al-Zahar is considered to be one of the more hawkish and socially conservative Hamas leaders.

Al-Zahar was briefly detained by Israeli authorities in 1988, and eventually exiled to Lebanon along with a large number of other Islamist activists in 1992. Following his return to Gaza he was the target of a failed Israeli assassination attempt in 1992 which killed his oldest son. Another son – a member of the Izz al-Din al-Qassam Brigades (IQB) – was killed during an Israeli raid in 2008. Al-Zahar previously worked as a hospital doctor in Gaza, and established a number of medical and Islamic charities.