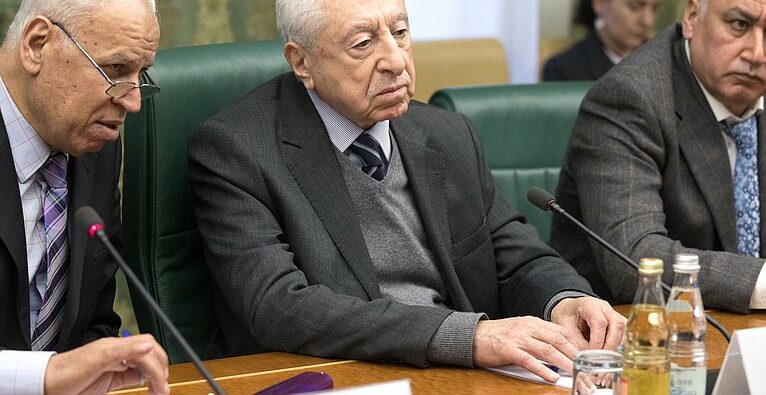 Hawatmeh took part in fighting during the 1958 political crisis in Lebanon, and against Iraqi leader Abd al-Karim Qasim in around 1962 which led to a 14-month imprisonment in Iraq. He then took part in South Yemen’s independence struggle against British rule which lasted until 1967.

Despite his opposition to the 1993 Oslo Accords, and previous DFLP attacks on Israeli targets, Hawatmeh was an earlier proponent of a two-state solution based on UN resolutions 242 and 194. He currently lives in exile in Syria.

Photo from Russia's Federation Council via Wikimedia Commons. CC BY 4.0.