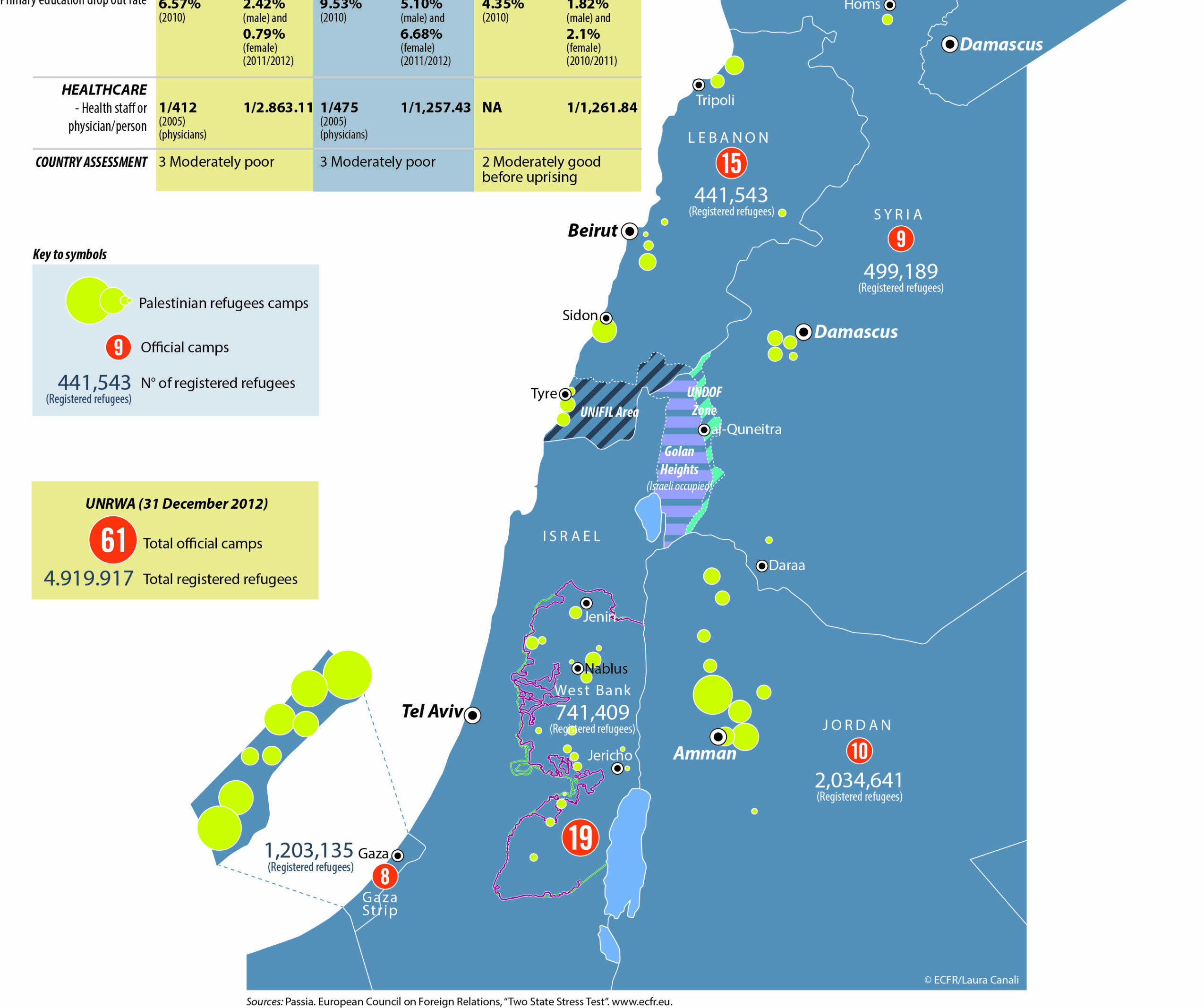 While UNRWA administers health, education, and other services in the camps, refugees organise themselves politically through popular committees. Refugee staff of UNRWA are organised within the Local Staff Union and regularly mobilise against UNRWA reduction of their employment or services in the camps.

Palestinian political movements and factions emerged from the refugee camps, and continue to serve as recruiting grounds and as locations of political contestation. In the OPT, the camps played a major role in the resistance against the Israeli occupation in the First and Second Intifadas. Recent years have seen Palestinian Authority security forces clash in refugee camps such Jenin and Balata, allegedly with Fatah activists loyal to Mohammed Dahlan.

Map © ECFR. Design by Limes. A high resolution version can be found here.