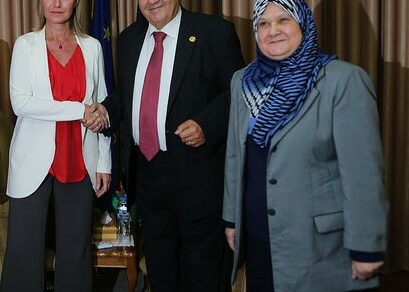 Haifa al-Agha served as minister for women’s affairs in the Palestinian Authority between April 2014 and April 2019. She previously worked at al-Aqsa University in Gaza and has held several positions in previous governments, including in the ministry of health. She also served as director of the ministry of education in the 2007 Hamas government based in Gaza.