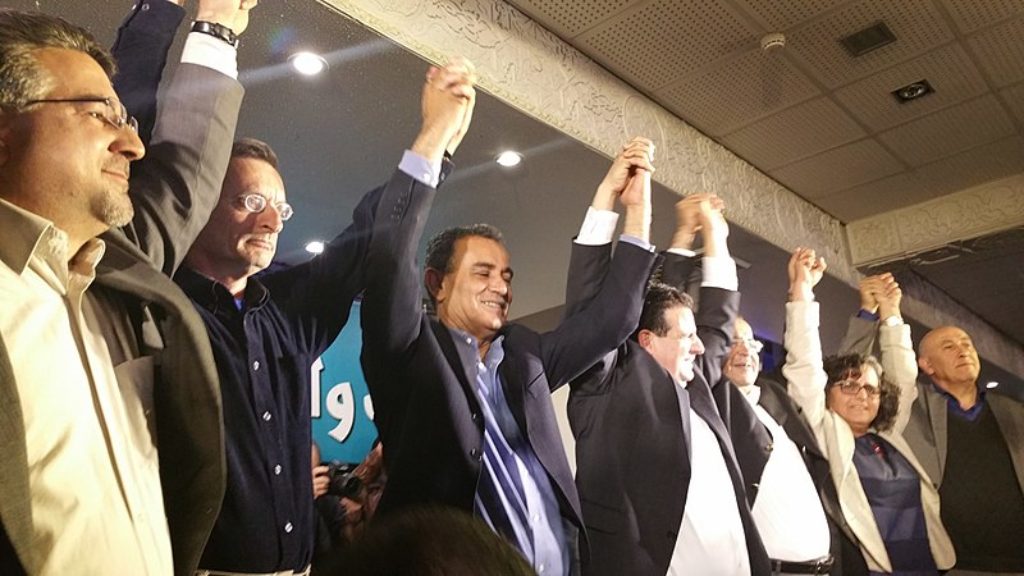 The Joint List was formed in 2015 as a united slate of the four main Arab political parties in Israel: Hadash (Arab-Jewish, communist), Balad (Palestinian nationalist), and Ta’al (Arab nationalist). The List is currently headed by Ayman Odeh (Hadash), a lawyer from Haifa. The Ra’am party split from the Joint List to contest the March 2021 elections alone.

Although there have been long-standing calls for the Arab factions to unify, the impetus for the List’s creation was a new law enacted in March 2014 that raised the Israeli electoral threshold from 2 percent to 3.25 percent – a measure deliberately designed in part to make it more difficult for the smaller Arab parties to enter the Knesset.

The Joint List ostensibly increased the public profile and political engagement of Arab parliamentary members, and boosted its international advocacy including in the United States and the European Union. However, the List also faced various internal disputes, including over seat rotations, political language, and partnerships with left-wing Jewish parties.

In January 2019, the Joint List broke up following the departure of Ahmad Tibi and his Ta’al party ahead of the April 2019 Israeli elections. It split into two competing lists: Balad-Ra’am and Hadash-Ta’al. The Joint List was however re-created to compete in the September 2019 and March 2020 elections. However, Ra’am then split from the Joint List to contest the March 2021 elections alone.