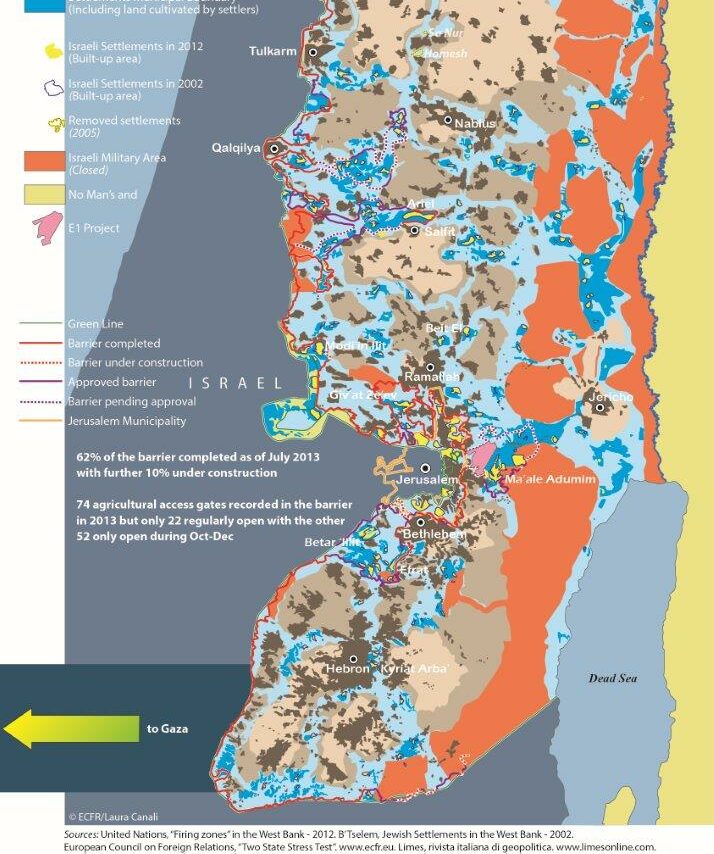 Israel occupied the West Bank and Gaza during the 1967 war. Between 1976-1993, it administered the OPT through a system of Palestinian “Village Leagues”. The launch of the 1993 Oslo peace process between Israel and the PLO, however, led to their replacement with a newly created Palestinian Authority (PA), the return of the previously exiled PLO, and a shift in the Palestinian liberation movement’s centre of gravity, away from the refugee camps and diaspora, to the OPT.

The 1993 Oslo Accords have resulted in the gradual fragmentation of the OPT. As part of a four-year interim phase supposedly leading to a final status agreement, the West Bank was divided into three areas with differing jurisdictional arrangements: Area A (17.2 per cent) under full PA control; Area B (23.8 percent) under PA civil control and Israeli security control; and Area C (59 per cent) under full Israeli control. The Oslo peace process also saw a surge in Israeli settlement building. Today, the West Bank is perforated by over 200 Israeli settlements, dozens of  “outposts” and military bases, along with a network of restricted roads and checkpoints. In total, over 588,000 Israeli settlers reside in the OPT.

The West Bank and Gaza have been politically split since the intra-Palestinian fighting that erupted after Hamas’s victory in the 2006 legislative election. Since then, Hamas has controlled Gaza, while the PA remains in the West Bank. This has resulted in the emergence of two parallel systems of Palestinian governance, despite numerous intra-Palestinian reconciliation attempts. Gaza has also been under an Israeli air, sea, and land blockade since then, limiting the ability of Palestinians to travel and trade with the West Bank, and creating severe social, economic, and humanitarian hardships for Gazans.

Map ECFR ©. Design by Limes. A high resolution version can be found here.