Popular Front for the Liberation of Palestine-General Command (PFLP-GC) 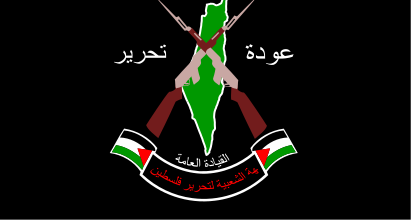 The Popular Front for the Liberation of Palestine – General Command (PFLP-GC) was headed by Ahmad Jibril until his death in July 2021. Its current secretary general is now Talal Naji.

The organisation and its leadership are based in Lebanon and Syria. It has long had strong links to the Syrian regime and took part in fighting against Syrian opposition forces during the Syrian civil war. But the group appears to have a limited following among Palestinian refugees. It also receives support from Iran and cooperates with the Lebanese militant group Hizbullah.

The PFLP-GC was founded by Jibril in 1968 as an offshoot of the PFLP.  It adopted a strong pro-Syrian and anti-PLO ideology, clashing against PLO forces during Syria’s 1976 invasion of Lebanon. This prompted a group of disgruntled cadres to split from the group and re-establish the Palestine Liberation Front (which had previously merged with the PFLP under Jibril’s leadership).

The PFLP-GC is opposed to peace with Israel and is designated a terrorist organisation by the United States and the European Union.

The group was involved in insurgent attacks against Israeli forces in southern Lebanon during the 1970s and 1980s. It is also allegedly responsible for the bombing of Swissair Flight SR330 in February 1970, as well as a number of attacks against Israeli civilians. These include the Avivim school bus attack, in May 1970, which killed 9 children and 3 adults, and the attack on Kiryat Shmona in April 1974 which killed 18 (including 8 children). In November 1987, 2 PFLP-GC militants infiltrated Israel using hang-gliders from southern Lebanon and proceeded to kill 6 Israeli soldiers.

In December 2015, the group claimed responsibility for rocket fire against Israel from Lebanon. In August 2019, a PFLP-GC base in the Lebanese Bekaa Valley was reportedly targetted as part of coordinated Israeli airstrikes against Iranian-backed groups in the region.

The PFLP-GC was also involved in mobilising Palestinians during the May 2011 demonstrations along Syria’s border with Israeli occupied Golan Heights to commemorate Nakbah Day.