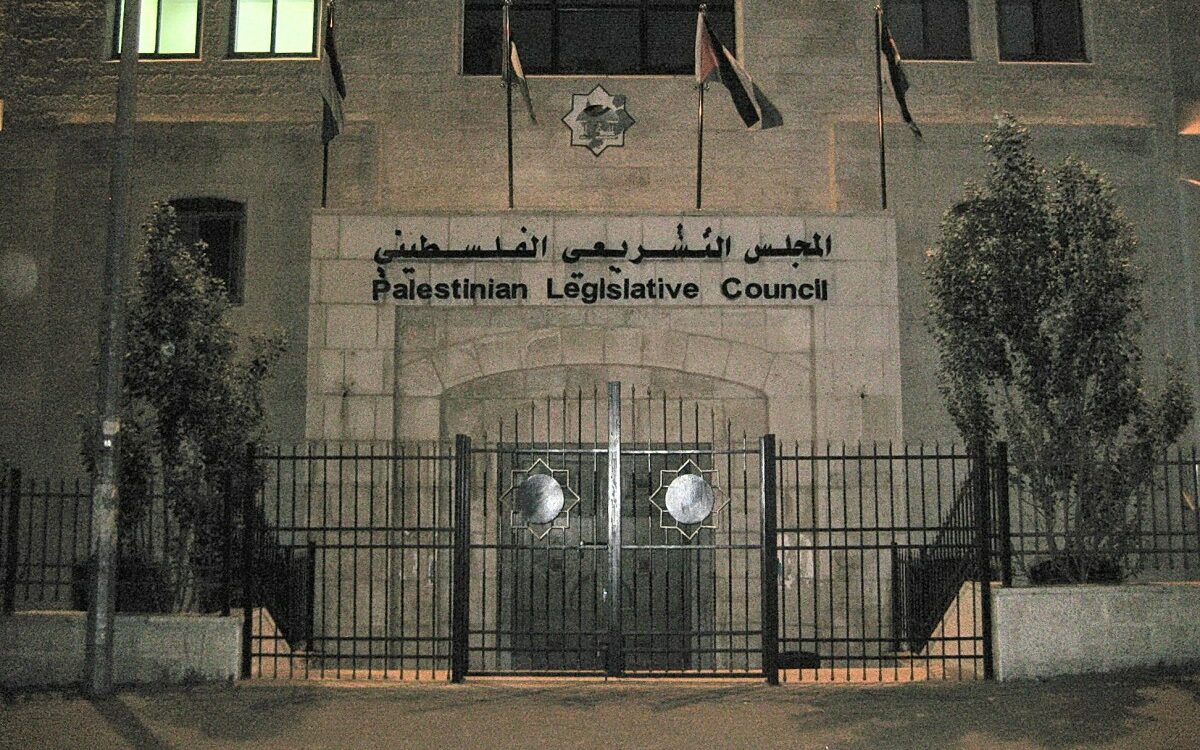 The Palestine Legislative Council (PLC) was created as part of the Oslo Accords as the legislative branch of the Palestinian Authority (PA) and is meant to represent Palestinians residing in OPT (i.e. Gaza, the West Bank, and East Jerusalem). The PLC approves the PA’s budget as well as the prime minister and his government.

The PLC comprises 132 seats, with a term limit of four years.

In theory, the mandate of the 2006 PLC expired in 2010. The PLC has not met in a regular session since the 2007 West Bank-Gaza split. The Hamas ‘Change and Reform’ bloc has however continued to convene as the PLC in Gaza. A Change and Reform bloc meeting at the PLC in Gaza in August 2017 was attended by Fatah members opposed to Abbas led by Mohammed Dahlan (who appeared via video conference).

With the PA legislative and oversight process effectively frozen, Mahmoud Abbas has increasingly ruled through presidential decrees. According to the PA’s Basic Law, the president “shall have the right, in cases of necessity that cannot be delayed, and when the Legislative Council is not in session, to issue decrees that have the power of law.”

In December 2018, the Constitutional Court dissolved the 2006 PLC and called for legislative elections within 6 months (by mid-May 2019). Shortly after, Saeb Erekat called for the PLC to be replaced by a new “constituent assembly of the State of Palestine”. Hamas condemned the move as illegal and unconstitutional — although it left open the door for “‘consensual general elections’ in case Fatah pledges to accept their results whatever they are.”

In January 2021, Abbas issued a presidential decree announcing that elections for the PLC would take place on 22 May. This came after Hamas made several concessions on electoral modalities, including acceptance of a proportional representation system. On 29 April, Abbas indefinitely postponed the electoral process citing Israel’s refusal to permit the inclusion of East Jerusalem. The move was opposed by most factions – including Hamas, the PFLP, and DFLP – as well as the Fatah’s splinter factions lead by Nasser Kidwa, Marwan Barghouti and Mohammed Dahlan. Analysts have cited Fatah’s own internal rivalries as the main reason for Abbas’s decision.

As of March 2019, there were 7 PLC members imprisoned by Israel, the majority of them held without charge or trial – these include Ahmad Sadaat (PFLP), and Marwan Bargouthi (Fatah). In December 2016 Abbas lifted parliamentary immunity from his Fatah rival and PLC member Mohammed Dahlan, along with four other PLC members seen to support him.

The protocols for holding of PLC elections – including in East Jerusalem – are set out in Annex 2 of the 1995 Israeli-Palestinian interim agreement (Oslo II) and the 2007 and 2021 electoral laws issued by Abbas.