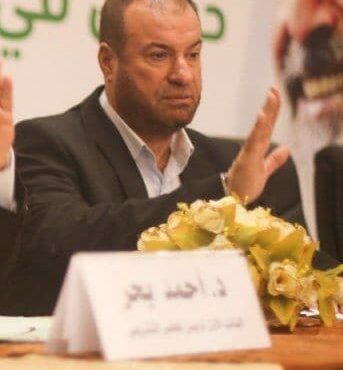 Fathi Hamad (فتحي حماد), born in 1961 in Gaza, has been a member of Hamas’s Politburo since 2017. He was elected to the Palestinian Legislative Council (PLC) in 2006, and appointed as Hamas’s minister of interior and national security in Gaza from 2009 to 2014. He is considered to be a hardliner.

Hamad joined the Palestinian branch of the Muslim Brotherhood in 1980 and was an active in student politics. He joined Hamas’s internal security force (“al-Majed”) in 1984, and formed the group’s first military presence in the Jabaliyya refugee camp in 1988. He spent six years in Israeli prisons from 1988 to 1994, in addition to being arrested three times by the PA for a total of two years. He helped to establish several Islamic media institutions and charities focusing on prisoners and people with injuries and special needs.