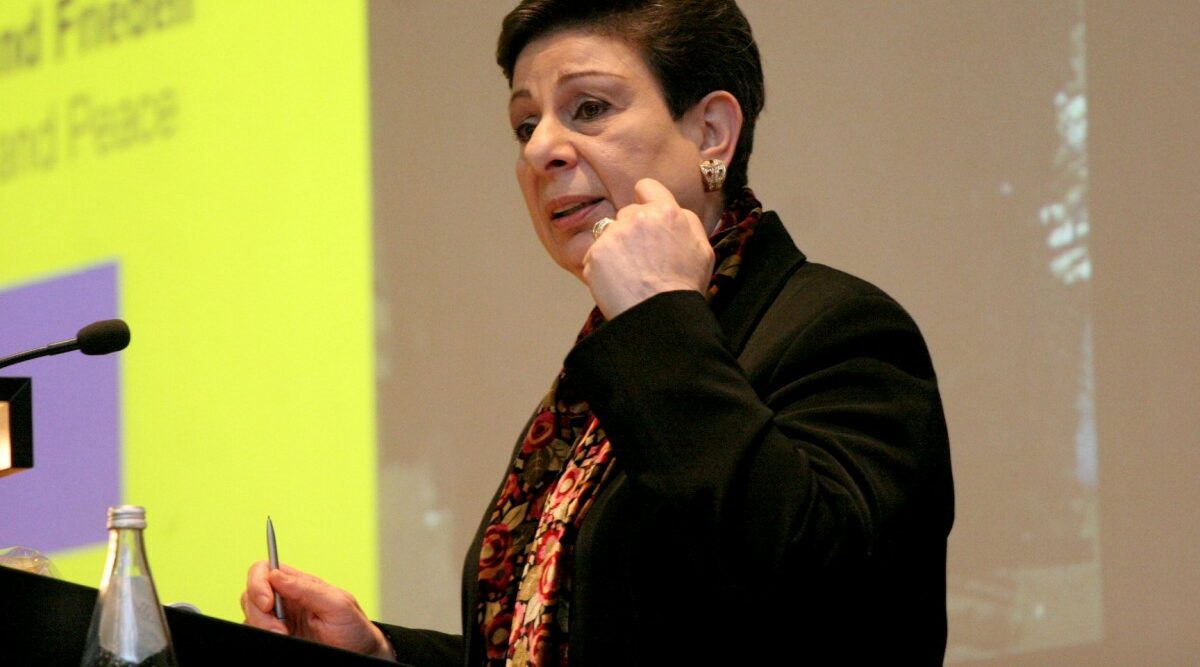 She was a also member of the PLO’s Executive Committee (EC) until her resignation in December 2020. In her resignation letter, Ashrawi called for the renewal and reinvigoration of the Palestinian political system, noting that “it is time to carry out the required reform and to activate the PLO in a manner that restores its standing and role, including by respecting the mandate of the Executive Committee rather than its marginalization and exclusion from decision-making.”

Ashrawi was a spokesperson for the Palestinian negotiating team during the Madrid Talks from 1991 to 1993, and the Minister of Higher Education and Scientific Research from 1996 to 1998. Between 2009 and 2020 she was a member of the PLO’s EC, during which time she headed up its Department of Culture and Media.

Ashrawi was also the Dean of the Faculty of Arts at Birzeit University until 1995. She has founded several Palestinian bodies and institutions, including the Independent Commission for Human Rights (ICHR), the Palestinian Initiative for the Promotion of Global Dialogue and Democracy (MIFTAH), and the Coalition for Accountability and Integrity (AMAN).