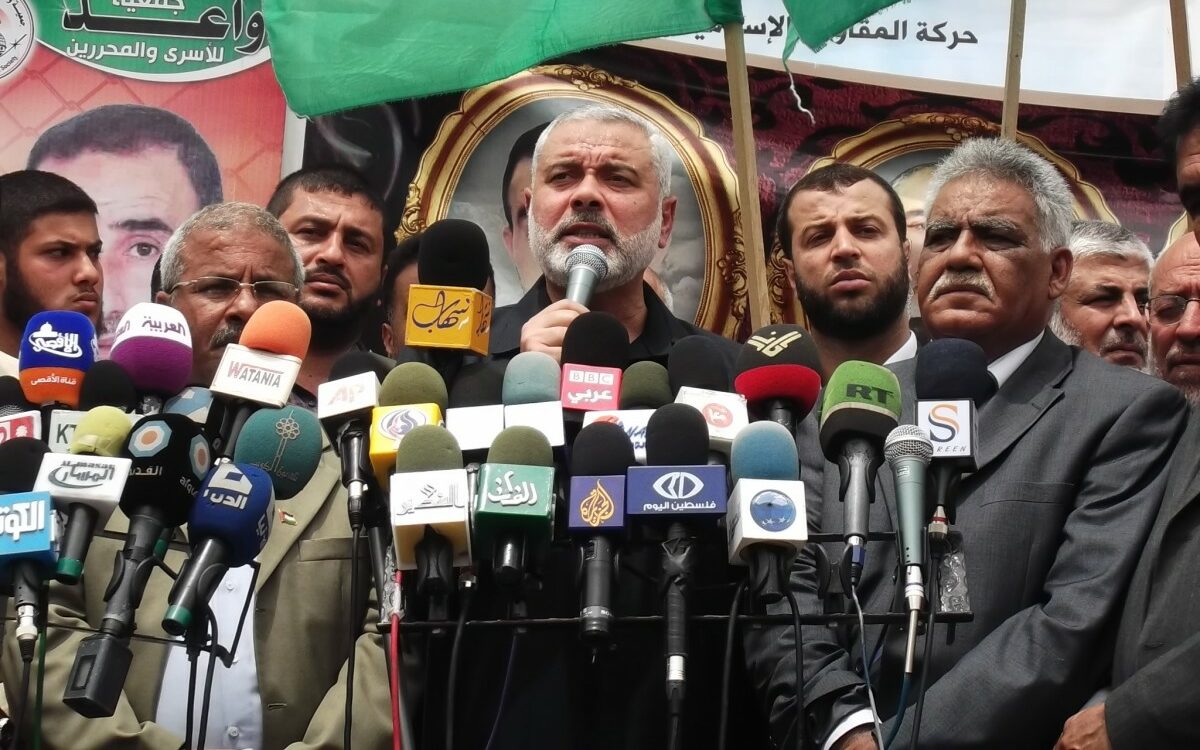 Ismail Haniyeh (إسماعيل هنية), born in 1963 in Gaza’s Shati refugee camp, was elected head of Hamas’s Politburo in 2017. He became Prime Minister of the Palestinian Authority government following Hamas victory in the 2006 legislative election but was dismissed from his position by President Mahmoud Abbas in 2007, deepening the political conflict between Fatah and Hamas.

In August 2017, he led a high-level Hamas delegation to Iran where he met with Supreme Leader Ayatollah Ali Khamenei, marking a renewal of warm relations following a falling out over Iranian involvement in the Syrian civil war.

Haniyeh headed Hamas’s “Change and Reform” parliamentary bloc which won the 2006 legislative election. On behalf of Hamas, he signed the 2014 Shati reconciliation agreement with Fatah. He first rose to prominence as a close associate of Hamas’s founder and spiritual leader, Sheikh Ahmed Yassin. He served several sentences in Israeli prisons in the 1980s and 1990s, and was deported from Gaza to Lebanon in 1992 along with 400 other figures and activists, before returning to Gaza the following year