Ukraine has proven that it can counter Russian military tactics and strategy. To continue to do so, the country will require greater support from the West.

The next war: How Russian hybrid aggression could threaten Moldova

Russia could target Moldova by embarking on a limited-scope but overt military invasion – or by pursuing more covert hybrid aggression scenarios. Moldova and the EU need to embrace “active resilience” to address this.

Hedge politics: Turkey’s search for balance in the Middle East

Ankara is trying to normalise its relationships with Middle Eastern governments. The EU needs to adjust to the new Turkey that is emerging from this process.

Clear and president danger: Democracy and the constitution in Tunisia

Tunisia’s new constitution would create an unaccountable presidency. European policymakers should state that it is not genuinely democratic, while continuing to support the country economically.

Europe and Africa in a time of crisis 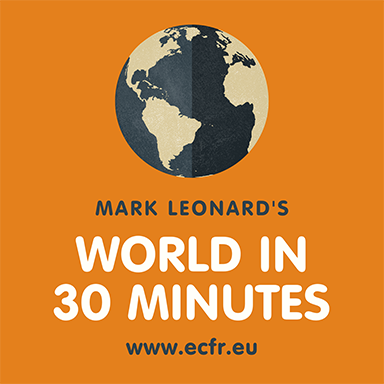 To prosper and maintain their independence in a world of geopolitical competition, the EU needs to learn to think like a geopolitical power

Peace versus Justice: The coming European split over the war in Ukraine

We will keep you informed about our latest publications and upcoming events.

In August, ECFR is having a short break from our World in 30 Minutes podcast, so we’re taking the opportunity to sit back and look – or listen – over the past six months

Nancy Pelosi’s visit to Taiwan is no deviation from established protocols as China claims. Rather, it is a sign of a fundamental change in lawmakers’ ability to support democracy.

Power of need: Energy security in the Western Balkans

Western Balkans states need to join the EU’s energy transition. They can do so in several ways.

By making new offers of partnership to African countries, Russia is setting a trap for the West

Our experts are available for media requests. Our work involves many issues relating to Europe and foreign policy, and our programmes focus on Africa, Asia, the Middle East & North Africa, and Wider Europe.

All our experts Newsroom

On both issues Putin holds enormous leverage over Erdogan

Asli Aydintasbas comments on the relationship between Putin and Erdogan

Even if the agreement is signed tomorrow, there will be no immediate rush to Iran

Ellie Geranmayeh comments on the final text of the JCPOA

Even if the deal is signed tomorrow, there will be no immediate gold rush to Iran

Africa’s new trade agreement promises deep economic integration on the continent – and offers the opportunity for greater African-European cooperation, including on the role trade can play in the green and digital transitions

Russia’s long shadow in the Sahel

A question of balance: India and Europe after Russia’s invasion of Ukraine

Europeans have found India’s position on the Ukraine war frustrating. But, although it is dependent on Russia for its arms, and has huge worries about China, India is actually moving inexorably closer to the West.

Ambitions and access: The new economic framework for the Indo-Pacific

Governments across the world have powerful digital tools to control and repress their populations. The EU should treat this as an urgent security and political concern.

Whatever it breaks: Draghi’s downfall and the future of Italy

Early warning: How Iraq can adapt to climate change

Climate change is increasing the strain on Iraqi society and public services. Despite this, the country’s political figures are overlooking the huge benefits that climate investment would bring.

Fly for a might guy: Putin’s drone deal with Iran

Strike traction: ​​How the West can support a Ukrainian counter-offensive

Fly for a might guy: Putin’s drone deal with Iran

Views from the Council

The EU should ensure that all willing and able European democracies have a clear and realistic path to membership or an alternative form of cooperation. Europe’s future depends on it.

NordNATO: Why the case for Finland to join NATO is stronger than ever