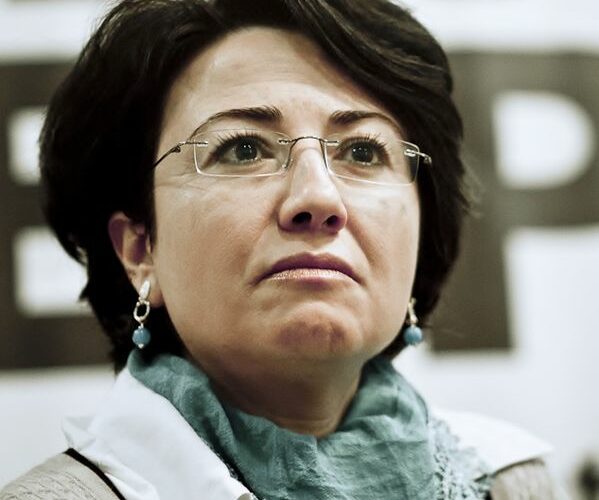 Haneen Zoabi was born in 1969, in the city of Nazareth. She first joined the Knesset in 2009, as a member of Balad, becoming the first female Arab Member of the Knesset. Since then she has been an outspoken – and controversial – Knesset member in defence of Palestinian rights and equality. In May 2010, she participated in the Gaza flotilla that sought to break the Israeli naval blockade of Gaza. She was present on the MV Marvi Marmara when it was raided by Israeli naval commandos and briefly arrested.

Between 2003 and 2008, Zoabi was the director general of 'lam: Arab Center for Media Freedom Development and Research'. Zoabi announced that she would be standing down as a member of the Knesset following the 2019 Israeli elections.

Zoabi has been involved in numerous lobbies and committees, including the Committee on the Status of Women and Gender Equality and the Lobby for the Advancement of Education in the Arab Sector.