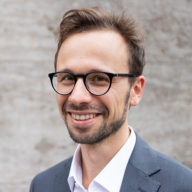 Dr Pawel Zerka is policy fellow at the European Council on Foreign Relations.

He contributes to ECFR’s Rethink: Europe initiative, which explores and illustrates European cooperation in innovative ways through the EU Cohesion Monitor and the EU Coalition Explorer. Pawel is also engaged in the analysis of the European public opinion as part of ECFR’s Unlock initiative. Based in ECFR’s Paris office, he’s been part of the team since August 2017.

Previously, he worked as expert and head of programmes at two leading Polish think tanks, demosEUROPA-Centre for European Strategy and WiseEuropa. Zerka holds a PhD in economics and MA in international relations from the Warsaw School of Economics, having also studied at SciencesPo Bordeaux and Universidad de Buenos Aires.

Are spheres of influence still in? The EU and external security

The security perceptions scorecard highlights the EU's ability and willingness to act as a security provider, depending on the region

As our new Security Scorecard shows, Europeans have diverging perceptions of security challenges facing them - however, all but one EU governments see uncontrolled migration as a national security threat

Why populism in Europe will survive Trump’s defeat

United in distrust: How France and Poland can repair their broken relations

The French and Polish governments are at loggerheads over questions of values and foreign policy. But each side can take steps to renew relations.

Why voters support both stricter borders and respect for human rights

Europe and the virus: The battle of narratives

The advent of coronavirus has set off a battle of narratives about the role of the EU. The winner will define Europe’s future.

Ill will: Populism and the coronavirus

Sooner or later, the coronavirus will be gone. In the meantime, it will test Europe’s resilience against not just epidemics but misinformation and scapegoating.

The Danish newspaper refers to the latest ECFR poll and its results on the "frugal five".

It shows that [...] the 'my nation first' discourse , the trampling of established rules, may help to win the election once, but it can also backfire.

Trump has shown that there are no taboos and that makes populists in Europe or elsewhere in the world more eligible.

Pawel Zerka explains why Trump's defeat hits populism but does not bring it down.

Populist leaders such as Bolsonaro and Orban have their own internal problems to contend with, and a Trump retreat would "not necessarily mean a change in their standing.

Pawel Zerka speaks about how Trump loosing the US election might dent the ambitions of authoritarian leaders.

The position of Poland and Hungary looks to me like a bluff. I don't think they would go so far as to block the budget. Poland at least will think twice about it, simply because they would risk losing a lot of money.

Pawel Zerka is quoted by Liberation regarding Polish and Hungarian opposition to the European recovery plan.