Economic meltdown in the Middle East: How Europe can soften the impact

Syria, Lebanon, and Iraq are all teetering on the brink of economic collapse. Europe cannot afford to be a helpless bystander.

EU member states can find ways to cooperate with Turkey to support stabilisation in parts of the safe zone, without violating their interests and core principle

The path through Moscow: How Europe can help Syria

Bassma Kodmani View from the Council 7 May 2020

Many elephants in the room: the EU and the Turkey, Syria, coronavirus and refugee crises

The European Union faces a multi-crisis situation at the moment. As the conflict in Idlib and the circumstances at the Greek-Turkish border has erupted, Europe… 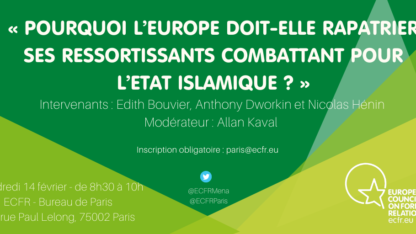