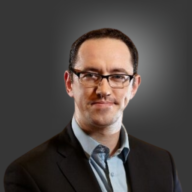 Szymon Kardaś is a senior policy fellow on energy within the European Power programme, based in ECFR’s Warsaw Office. His analysis will be focused on geopolitics of Europe’s new energy environment.