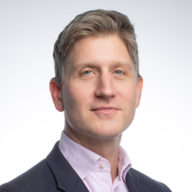 Theodore Murphy is the director of the Africa programme at the European Council for Foreign Relations.

Murphy managed emergency response missions for Doctors Without Borders, in Afghanistan, Iraq, and Sudan. He has published and lectured on humanitarian issues writ large and specifically in the context of the Greater War on Terror. At Amnesty International, Murphy coordinated all research and publications on Sudan as well as media appearances. Writing for the International Crisis Group, Murphy focused on the dynamics in the Chad/Darfur region contributing to public reports on these issues.

From 2007-2011, Murphy worked in conflict resolution/mediation with the United Nations and in the non-governmental sector in the Horn of Africa and Middle East. He served as Expert Advisor to the AU/UN mediation team in Darfur in 2007-08. In 2011, Murphy was appointed by the UN Secretary General to the Panel of Experts for Libya where he served in the post of Regional Expert. As a Course Director and Fellow for the Geneva Centre for Security Policy, Murphy designed and led accredited training for diplomats, military, and multilateral staff on the topic of Engagement with Non State Actors.

Working closely with the German MFA, from 2012 onwards, Murphy oversaw mediation initiatives throughout the Horn of Africa. Amongst others, he negotiated an internationally recognized political agreement in Darfur and supported efforts towards creating a Red Sea Forum.

Murphy holds degrees from McGill University and the School for Oriental and African Studies (SOAS) London.

Where do we stand now in building a “strategic partnership” between the European and African continent? 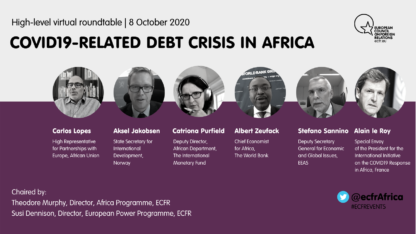 The economic knock-on effects of the COVID19 pandemic are severe all over the world but Africa is particularly exposed. As governments’ ability to respond to the…

Sudan peace agreement: What it really means for the country’s transition

The power of Sudan’s protest movement has sustained the prime minister in office – but its trust in Abdalla Hamdouk has ebbed of late. This week’s peace agreement gives him the chance to win it back.

Biden's priority in Africa should be debt relief. More than other kinds of aid, to get out from under China’s thumb, the continent will need debt financing and private investment

Biden 'may re-frame US-Africa relations away from Africa as a venue for China-US competition'.

Theodore Murphy's commentary on the consequences of the US election outcome on Africa is quoted by QuartzAfrica.

If Israel had taken the first step, Sudan could have shown that it is a "generous country and willing to accommodate others for the sake of good relations".

From the Sudanese point of view, Theodore Murphy fears that the way in which the Israeli-Sudanese peace agreement was reached amounts to a "capitulation".

Sanctions were initially imposed with terrorism-linked motives. It has nothing to do with Israel recognition.

Theodore Murphy is quoted by Deutsche Welle regarding American sanctions against African countries and their impact.

A victory for Biden promises a partner for Europe in the White House who wants to restore US leadership on the international stage. But this does not allow Europe to break free. After all, Biden's first responsibilities will be to the internal crisis he inherits.

Leading experts from the European Council on Foreign Relations express their thoughts on US global strategies in the event of a Biden or Trump presidency.