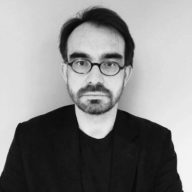 Resilience before reinvention: The EU’s role in the Covid-19 crisis

For those who genuinely want to rescue and strengthen the EU, it would be dangerous to conclude that they must reinvent it

Digging the trenches: The EU and the Green Deal

The Green Deal is set to create new divides in the EU. Conflicts are already brewing, and not just between eastern and western member states.

Poland after the election: New headaches for the EU

The real battle for Poland’s future

Jaroslaw Kaczynski promises the ‘Polish model of the welfare state’ and social protection like in the West – but if his party stays in power after the October 13 election, the country will drift further away from its hard-won freedoms and connections with Europe

The Polish election by numbers

Polling on the upcoming election in Poland reflects a society often at odds with the ruling party. This is the election broken down by numbers.

A hurricane has forced the US president to cancel his state visit to Poland to mark a dark day in history — but that won’t hide the damage he has done to US-German-Polish relations.

What they want: Warsaw’s views on the new German government

Poland is the EU member state that will miss German Chancellor Angela Merkel most. Polish-German relations look set to deteriorate more quickly than many predicted before the recent Bundestag election.

How the EU should turn the tables on Hungary and Poland

This week, rather than putting out our ordinary podcast, we're leaving the floor to Manuel Lafont Rapnouil, head of ECFR Paris, who's hosting a discussion…

Views from the Capitals on the French election

It could set a precedent and undermine the whole European cooperation. If every member state can decide for itself whether to comply with common EU law, there is no EU.

A further exit of a member state after Brexit would be a disaster, but even more serious is a disintegration of the European Union from within

The big and acute threat is not Polexit, but that the Polish government will create space for an autocracy in the middle of the EU

The government has decided to put itself on the collision course with the EU, they’re trying to test the limits of how far they can go