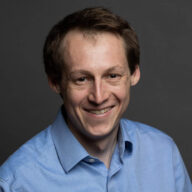 Hugh Lovatt is a senior policy fellow with the Middle East and North Africa Programme at the European Council on Foreign Relations. Lovatt has focussed extensively on regional geopolitics and advised European policymakers on the conflicts in Israel-Palestine and Western Sahara. He is regularly interviewed and quoted in international media, including by the New York Times, BBC, Christian Science Monitor, Financial Times, AFP, Le Monde, France24, and Al Jazeera.

Lovatt co-led a 2016 track-II initiative to draft an updated set of final status parameters to resolve the Israeli-Palestinian conflict, and has worked to advance the concept of EU Differentiation, which was enshrined in UN Security Council Resolution 2334. Lovatt also co-developed an innovative online project mapping Palestinian politics. His publications include Rethinking Oslo: How Europe can promote peace in Israel-Palestine (July 2017), Free to choose: A new plan for peace in Western Sahara (May 2021), and Principled pragmatism: Europe’s place in a multipolar Middle East (April 2022).

Lovatt previously worked as a researcher for International Crisis Group and as a Schuman Fellow in the European Parliament focusing on Middle-East policy. He also worked for Aga Khan University’s Institute for the Study of Muslim Civilisations as an Arabic translator.

Lovatt studied Arabic at the Institute for Arab and Islamic Studies at Exeter University as well as at the Institut Français du Proche-Orient (IFPO) in Damascus. He then went on to earn an MA in Near and Middle Eastern Studies at the London School of Oriental and African Studies (SOAS), where he majored in Anthropology. Lovatt is Chairman of the Brussels-based European Middle East Project (EuMEP).

After the UN, the EU must lead the way on Israeli settlements

Resolution 2334 should be seen as a belated step towards mobilizing the international consensus. But to give it any real effect, states will need to build on the resolution with a view to making it operational. The EU is best positioned to do so.

Europe’s time to save the two state solution

Faced with the prospect of diminished US interest in a two state solution, the EU needs to send a strong signal that it remains committed to this vision

At present, 15 EU member states have advisories warning their businesses of the legal, financial and reputational consequences they could expose themselves to in dealings…

What is differentiation and why does it matter?

If Arab states remain committed to increased cooperation with Israel, they should explore how these growing ties could be leveraged to advance Palestinian sovereignty

Why Incitement runs both ways in Israel/Palestine

In working to rein in manifestations of incitement to violence, Europe must not lose sight of the factors that, while never justifying violence, create conditions that are particularly conducive to radicalisation

In its attempts to stymie the BDS campaign against Israel, the UK government has fundamentally misunderstood the legal necessity underpinning measures directed at Israeli settlements

Free to choose: A new plan for peace in Western Sahara

Back to democracy: Europe, Hamas, and the Palestinian elections

The EU and the US have a decisive role to play in ensuring the electoral process succeeds. In doing so, they can support Palestinian political renewal and improve prospects for a sustainable peace agreement with Israel.

Bide and seek: The dangers of US support for a Gulf-Israeli defence pact

The EU’s highest court has again backed Western Sahara self-determination. It is now time for the EU’s political institutions to bring their policy into line with the law – for the benefit of regional peace.

By cancelling Palestine’s first elections in 15 years, President Mahmoud Abbas has relinquished Palestinian democracy and national reunification, and is setting the stage for future turmoil

The Palestinian elections: A second chance for the EU

The EU should commit to respecting the results of free and fair elections in Palestine, and to engaging with any government that emerges from them 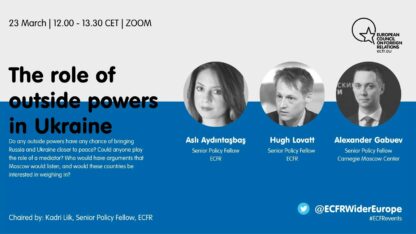 What has fueled this Palestinian anger is not the possibility of annexing the West Bank, but the daily micro-aggressions and attacks that have been going on for a long time

Today, Europe finds itself attempting to prop up a status quo that is increasingly unsustainable due to the collapse of the Oslo two-state paradigm and a brewing intifada in the West Bank

Hugh Lovatt on Europe’s role in the Israeli-Palestinian conflict

Any move towards formal annexation or undermining the status quo on the Haram al-Sharif, or Temple Mount, could challenge Israel’s ability to maintain the Abraham Accords and bring new members onboard