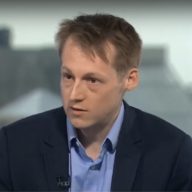 Hugh Lovatt is a policy fellow with the Middle East and North Africa programme at the European Council on Foreign Relations. Since joining ECFR, Lovatt has focused extensively on EU policy towards the Middle East Peace Process (MEPP), domestic Palestinian politics, and Israeli regional policy.

Lovatt co-led a 2016 track-II initiative to draft an updated set of final status parameters, and has worked to advance the concept of EU Differentiation, which was enshrined in UN Security Council Resolution 2334. Lovatt also co-developed an innovative online project mapping Palestinian politics.

His most recent publications include Rethinking Oslo: How Europe can promote peace in Israel-Palestine (July 2017) and Gaza’s fragile calm: The search for lasting stability (November 2018). He is regularly interviewed or quoted in international media, including by AFP, Reuters, Newsweek, France24, and Al Jazeera.

Prior to this, Lovatt worked as a researcher for International Crisis Group and as a Schuman Fellow in the European Parliament focusing on Middle-East policy. He also worked for Aga Khan University’s Institute for the Study of Muslim Civilisations as an Arabic translator.

Lovatt studied Arabic at the Institute for Arab and Islamic Studies at Exeter University as well as at the Institut Français du Proche-Orient (IFPO) in Damascus. He then went on to earn an MA in Near and Middle Eastern Studies at the London School of Oriental and African Studies, where he majored in Anthropology. Lovatt is Chairman of the Brussels-based European Middle East Project (EuMEP).

What Palestinians can expect from Europe

As European publics become more sympathetic to Palestine, the Palestinian leadership needs to renew its advocacy

Children and civilian casualties in Gaza and Syria

The casualty figures in Gaza are as grim as you think

What the Gaza deal (really) means for Hamas and Israel

Despite talk of avoiding a return to the status quo, this is exactly what has seemingly happened

An alternative to intifada

With the Palestinian Authority’s credibility at an all time low, many fear that an uncontrollable explosion of popular anger could snowball into an uprising against both Israel and the PA

The Israel-UAE peace deal provides multiple wins for both countries, and for the US. But it could yet deepen the region’s political fault lines.

West Bank annexation will bring an end to the EU’s cherished two-state solution. International norms and the EU’s own laws will now need to underpin post-annexation relations with Israel.

The UN is right to track businesses in Israeli settlements

A disinformation campaign against a new UN database aims to legitimise the Israeli settler movement and those who illegally profit from it.

Although the Trump deal marks a radical break from past American support for a two-state solution, it aligns with ideas put forward by supporters of Israel’s settler movement

ECFR’s New Battlelines Project maps Iran’s coalition of allies, regional influence and the counter-coalition that has formed to oppose them

The countries of the Arab Gulf are increasingly concerned about Iran's missile and drone capabilities, and their transfer to armed groups in the region.

Hugh Lovatt quoted on the relationship between Israel and the Gulf states.

Turkey believes that a slowly emerging superstructure of political, economic, and security interests will inevitably challenge its regional position. This has transformed an economic competition into an existential struggle.

The Danish newspaper quotes from the Deep Sea Rivals report.