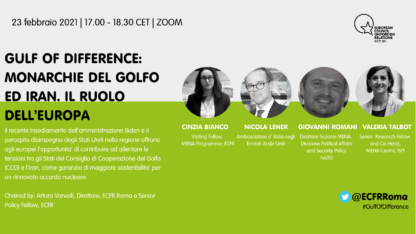 Gulf of difference: How Europe can get the Gulf monarchies to pursue peace with Iran

The arrival of the Biden administration in Washington, and the perception of US disengagement from the region, offers an opportunity for Europeans to help de-escalate tensions between GCC states and Iran

Europe can preserve the Iran nuclear deal until November

After a humiliating defeat at the UN Security Council, Washington will seek snapback sanctions to sabotage what is left of the nuclear deal. Britain, France, and Germany can still keep it alive until after the US election.