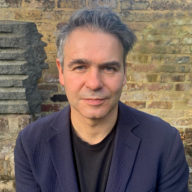 As well as writing and commenting frequently in the media on global affairs, Leonard is the author of best-selling books. His first book, Why Europe will run the 21st Century, was published in 2005 and translated into 19 languages. Leonard’s second book, What does China think? was published in 2008 and translated into 15 languages. He has published an edited volume on Connectivity Wars and in September 2021, his latest book on this topic “The Age of Unpeace. How Connectivity Causes Conflict” was released.

How deep are the divides between the SPD’s foreign policy and that of the parties they’re running against?

New polling shows that German citizens have begun to sour on the European project. If German politicians do not revise how they talk about Europe, this change could have disastrous consequences.

The politics of catastrophe with Niall Ferguson

Why do some societies and states respond to catastrophe better than others: some fall apart, most hold together, and a few emerge stronger?

How much influence does China already ha be in the Western Balkans and how should European policymakers react?

The prospects for EU-India relations ahead of the Leaders Summit

What are the prospects for a closer EU-India relationship following the upcoming EU-India Leaders Summit?

Europe’s pandemic politics: How the virus has changed the public’s worldview

From plaything to player: How Europe can stand up for itself in the next five years

Introduction The last five years have not been kind to the European Union’s foreign policy. The EU has been less relevant, less active, and less…

In the coming decades, the question of who sets the global rules, standards, and norms guiding technology, trade, and economic development will be paramount. Having lost their exclusive prerogative in this domain, some Western governments have begun to rethink the universality of the rules-based order.

Why COP26 will fail

UN Climate Change Conferences have failed to produce a model of global governance that can tame power politics, let alone forge a sense of shared destiny among countries. And there is little reason to believe this time will be different.

The false promise of AUKUS

In their new security and technology arrangement with Australia, America and Britain have achieved tactical gains at the expense of strategic goals in the Indo-Pacific. In fact, given how deeply the deal has divided the West, the biggest long-term winner may well be China.

The Afghan tragedy and the age of unpeace

The end of the US-led “forever war” in Afghanistan will not bring peace, because the methods that countries use to attack each other have changed. The world has entered a new age of perpetual competition among powerful states.

New polling shows that German citizens have begun to sour on the European project. If German politicians do not revise how they talk about Europe, this change could have disastrous consequences.

The crisis of American power

While America’s crisis of democracy has been clear to see in recent months, equally consequential is its crisis of power on the world stage

Power is now defined by control over flows of people, goods, money, and data, and via the connections they establish. Only states that see the new map of geopolitical power clearly will be able to control the modern world.

The Age of Unpeace: Therapy for internationalists | Session 4 with Anne-Marie Slaughter

Join us on this journey to a more therapeutic approach to international relations. The mini-series brings you five special episodes with guests including today’s Anne-Marie Slaughter, Marietje Schaake, and Dan Drezner.

The Age of Unpeace: Therapy for internationalists | Session 3 with Dan Drezner

Join us on this journey to a more therapeutic approach to international relations. The mini-series brings you five special episodes with guests including today’s Dan Drezner, Marietje Schaake, and Anne Marie Slaughter.

The Age of Unpeace: Therapy for internationalists | Session 2 with Parag Khanna

Join us on this journey to a more therapeutic approach to international relations. The mini-series brings you five episodes with guests including today’s Parag Khanna, Thomas Wright, and Anne Marie Slaughter.

The Age of Unpeace: Therapy for internationalists | Session 1 with Marietje Schaake

Join us on this journey to a more therapeutic approach to international relations. The mini-series brings you five episodes with guests including today’s Marietje Schaake, Thomas Wright, and Anne Marie Slaughter.

What does the German coalition agreement say about foreign policy issues, China, defence and security?

The Russian troop build-up near Ukraine

How serious is the Russian troop build-up near the Ukraine border? And what should NATO do about it?

Mark Leonard publishes an article on “Who will rule the rules-based order?” in ASPI

Since it is too risky to imagine a war between nuclear powers, States engage into conflicts by manipulating what is linking them

In this interview, Mark Leonard delves into one of the key concepts of his book The Age of Unpeace: How Connectivity Causes Conflict

In his op-ed, Mario Giro mentions Mark Leonard and the concept of “age of unpeace”, conceptualized in his book The Age of Unpeace: How Connectivity Causes Conflict

There is always a tension between the global vision of the United States, with China as the central challenge, and that of the Europeans, who have Russia as their central security challenge

The podcast series, The Age of Unpeace: Therapy for internationalists, is recommended in Politico’s newsletter