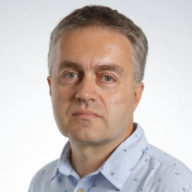 Vladimir Shopov is a visiting fellow with the Wider Europe Programme at the European Council on Foreign Relations.

He was a full-time lecturer in politics at Sofia University (2004-2006) and an adjunct professor at Sofia University (1997-1998) and the New Bulgarian University (2012-2014). He has been an external lecturer on the European Union, NATO, security, and south-eastern European affairs at the Diplomatic Institute of the Bulgarian Ministry of Foreign Affairs since 2004. He is currently teaching on Asian Affairs in the Politics Department of Sofia University as an adjunct professor. He has been a foreign affairs columnist at Forbes Bulgaria since 2011. He is a co-founder and columnist of Reduta.bg, a Bulgarian website for analytical journalism.

China’s granular engagement with the Western Balkans is inconspicuous, has the capacity to exploit differences between national policies, and can harness local entrepreneurship to develop ties with the country