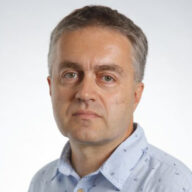 Vladimir Shopov is a visiting fellow with the Asia Programme at the European Council on Foreign Relations.

He was a full-time lecturer in politics at Sofia University (2004-2006) and an adjunct professor at Sofia University (1997-1998) and the New Bulgarian University (2012-2014). He has been an external lecturer on the European Union, NATO, security, and south-eastern European affairs at the Diplomatic Institute of the Bulgarian Ministry of Foreign Affairs since 2004. He is currently teaching on Asian Affairs in the Politics Department of Sofia University as an adjunct professor. He has been a foreign affairs columnist at Forbes Bulgaria since 2011. He is a co-founder and columnist of Reduta.bg, a Bulgarian website for analytical journalism.

The risks for China from an unequivocal positioning of the country in the authoritarian bloc are substantial. Beijing risks a severe reputational collapse in Europe and beyond.

Vladimir Shopov on the Russia-China relations

Vladimir Shopov talks to Le Monde about the AU-EU summit

Montenegro’s external debt was 91.6 per cent of its economic output in 2020, according to a recent study by ECFR.

According to ECFR, the Chinese government has agreements with 15 Middle Eastern countries so far