China’s activities in recent years have shown that it is laying the groundwork for a long-term, multi-faceted, and ever-deeper presence in the Western Balkans. Its bilateral interactions with states in the region have been intensifying, and are gradually – from an admittedly low base – expanding beyond questions of infrastructure and energy and into academia, culture, civil society, and even politics. However, a series of shifts in the wider context of US and European relations with China; the aftermath of the covid-19 pandemic; and the dynamics of renewed geopolitical competition between Western and non-Western actors in the region are all starting to impact on Beijing’s plan, approach, and odds of success. China is now facing five particular mounting challenges to its ambitions for the Western Balkans.

1) The fragility of ‘derived power’. For around a decade after the ‘global recession’, the attractiveness of China as a partner for Western Balkans states derived largely from narratives and projections about China rather than from its actual footprint in the region. In line with wider, prominent Western debates, local actors saw in the ‘shift to Asia’ a promise of emerging pools of eastern riches and potential financial largesse. The perceived ‘decline of the West’ had its expected negative economic consequences, and being at its European periphery to Western Balkans policymakers suddenly seemed insufficient to ensure a prosperous future for their countries. This global narrative strongly influenced the perceptions and attitudes of decision-makers in the region, and the idea of opening up to Asia and China quickly turned into a new political imperative. For many elites in the region, the addition of yet another geopolitical actor on the Western Balkans terrain appeared an opportunity, as a sign of the Western Balkans’ regional importance and as a chance for endless balancing between various international actors in order to attain various political and economic benefits. While this Yugoslav conceptual remnant of balancing has been deeply institutionalised only in Serbia, there is little doubt that local elites welcomed the entry of a global power with enormous current and projected potential even while they were still focused, and genuinely so, on integration into the European Union and NATO. All that being said, this pull of potential opportunities has yet to materialise – revealing the fragility for China of such derived power.

2) Growing disillusionment. The overall economic prowess of China and its projected benefits are now well-established prongs of its strategic pitch. With the exception of Serbia and the large footprint it enjoys there, China has emerged as an actor with a very uneven economic engagement, focusing on just a few sectors and appearing uninterested in wider ‘green-field’ type, longer-term and socially impactful investments. Local elites and publics alike are increasingly noting this lack of economic breadth of approach, and murmurings are already audible. The promises of increased economic power for Western Balkans states have not materialised, and China has acquired the reputation of a ‘lending power’ with uncertain and increasingly dubious overall economic intentions. Should this persist, it will be increasingly difficult for local actors to take forward wider development agendas with China as a main partner. This dynamic is contributing to rising ambivalence in public attitudes towards Beijing’s approach and the end of inflated expectations is nearing. Moreover, and as seen in various surveys, the public in the region increasingly view engagement between Beijing and local elites as a plot to benefit politicians on both sides but of little relevance to wider economic and social development. ‘Eastern riches’ may really prove to be private endeavours.

3) Conditionality with Chinese characteristics. Most analysts have focused on the political dimensions of Chinese conditionality, mostly on the one-China question and non-recognition of Taiwan, mainly because it has been most explicitly formulated by Beijing at this level. This is why the potential political cost of deepening ties between the Western Balkans and China is conceptualised by Western institutions in terms of alignment of political positions and relations in international organisations. While important, it appears that experts have often been looking in the wrong places to ascertain any movement in this direction. Instead, China has proceeded along two non-political tracks in order to achieve its goal of influencing the position countries take in the international arena. One is ‘development capture’, whereby positioning and investments in critical infrastructure such as roads and ports ensure that China can influence the entire development process of the country. For example, the high level of indebtedness of Montenegro towards China places that country in a situation of wider potential dependence. China also invariably insists on Chinese sourcing for implementation of projects. The other route is ‘contract capture’, whereby expansive and elaborate contractual obligations between governments are entered, which contain numerous hidden linkages, excessive compensation mechanisms, or jurisdictional traps. For instance, there are indications that the contract for the construction of the Bar-Boljare motorway contains legal provisions, whereby non-compliance would result in equity acquisition in the port of Bar by the Chinese side. As Chinese conditionality becomes apparent, the context of bilateral cooperation is emerging more clearly and raising its costs.

The last decade of a largely absent West gave ample space for China’s entry into the Western Balkans.

4) Prominence by circumstance. There is little doubt that the last decade of a largely absent and ambivalent West gave ample space for China’s entry into the Western Balkans. The combination of novel strategic outreach and a permissive geopolitical environment provided an opening for Beijing. This has been further facilitated by persistent regional development gaps and a suitable political environment of bad governance and corruption. Given this overall context and the current state of its presence, China might actually be beginning to view the last decade as one of missed opportunities. Further, China’s mode of engagement has actually proved to be of limited utility. Its preference for individual-level engagement with people at key institutional nodes has not allowed the country to create ‘constituencies of interest’, which matter in the long run. In this sense, Beijing’s prominence has, to a significant extent, been an outcome of particularly favourable circumstances that are now gradually changing.

5) Memberships matter. Recently, there has been an uptick in the overall process of Western integration via NATO membership and EU accession negotiations. This is beginning to have important consequences, despite lingering overall geopolitical uncertainty. For instance, the impact is evident in China’s recent failure to make headway in its efforts to gain a foothold along the Adriatic coast, in Albania and Montenegro, and in 5G networks in Bosnia and Herzegovina and Albania. Moreover, Western integration strategies are evolving all the time and are slowly adjusting to this shifting geopolitical environment, thereby reducing the space and mode for Chinese involvement. This is visible in the more structured and stringent insertion into the EU accession process of policies and issues relating to environmental and procurement standards, economic governance, and debt sustainability. This is only likely to increase in the coming years. Importantly, as time has gone on, China’s effective terrain and instruments of engagement in the region have been clearly revealed – including its preference for non-transparent G2G contracts, debt overreach, and numerous hidden conditionalities. As a consequence, more governments in the region and Western institutions are increasingly in a position to define and implement counter-strategies in line with their goals.

Much has been made over the years of the idea that Beijing defines and implements long-term approaches and strategies at its own leisure and pace. Indeed, its ability to think in a long-term way and to structure its actions coherently is an easy and oft-quoted observation about China’s strength. However, with the exception of Serbia, and despite an uptick of engagement, the Western Balkans has not yet been the object of an all-encompassing and well-structured strategy of entry and embedded presence by Beijing.

Ongoing transformations in international affairs, US re-engagement in the Western Balkans, and an accelerating deterioration of EU-China relations in the wake of covid-19 is changing the regional context by the day. China has the option of proceeding with its current approach of gradual expansion of the breadth and depth of bilateral relations, but it will likely now come up against growing obstacles and hindrances. Or it could move quickly to attempt to embed as deeply as possible its current positions via its instruments of ‘development and contract capture’. We are about to find out.

Vladimir Shopov is a Visiting Fellow at ECFR. This commentary is partly based on data acquired as part of a research project with The Clingendael Institute, of which the full report will be published July 2020. 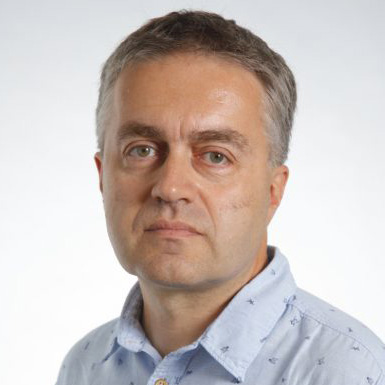