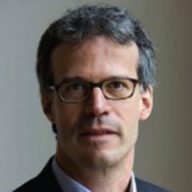 Anthony Dworkin is a senior policy fellow at the European Council on Foreign Relations. He leads the organisation’s work in the areas of human rights, democracy, and justice.

Among other subjects, Dworkin has conducted research and written on European and US frameworks for counterterrorism, the European Union’s human rights strategy, and the pursuit of justice in the international response to mass atrocities. Since 2011, he has also followed political developments in North Africa after the Arab uprisings, with a particular focus on Egypt and Tunisia. Before joining ECFR in 2008, Dworkin was executive director of the Crimes of War Project, an NGO that worked to raise public and media awareness of the laws governing armed conflict. He co-edited the book Crimes of War: What the Public Should Know (2nd ed., 2007) and wrote extensively for the project’s website about war crimes and contemporary conflict, in addition to conducting training sessions on the laws of war and international justice in several countries.

Dworkin has written and spoken widely on questions related to human rights, democracy, and justice. He is a contributing editor for the British magazine Prospect and has written for several other publications, including the Financial Times, The Guardian, the International Herald Tribune, the Washington Post, El País, the New Statesman, the Times Literary Supplement, Foreign Policy, and World Politics Review. He has been a member of the Terrorism/Counterterrorism Advisory Committee and the London Advocacy Advisory Committee of Human Rights Watch. Dworkin has also worked as a producer and reporter for BBC Current Affairs.

Anthony Dworkin speaks with Gerald Knaus about how the EU can protect human rights and prevent rising illiberalism. Bookshelf: Moral Tribes by Joshua…

Brexit: This deal or no deal?

Anthony Dworkin speaks with Douglas Alexander about the proposed withdrawal agreement, whether it will get through parliament and what might happen if it doesn't

As European governments look to Egypt as a partner, the country's human rights record continues to suffer with an escalating use of executions

Views from the capitals: Trump’s withdrawal from the Iran deal

We asked our national offices to outline how the E3, in cooperation with other EU partners, should respond to the JCPOA pull-out by the US

Europe and the Egyptian election: Do not congratulate

Sisi is eager for international endorsement. European leaders should withhold it.

The problem with a “shoot-to-kill” policy on foreign fighters

The policy is certainly morally questionable, but is it also unlawful?

Beyond good and evil: Why Europe should bring ISIS foreign fighters home

Protracted, neglected, and ineffective: Lessons from the Lebanon tribunal

The drone strike against Soleimani marks a novel shift in targeted killing, dangerous to the global order

The geopolitics of a covid-19 vaccine

How do we go forward with the global distribution of covid-19 vaccines and what kind of geopolitical implications do surround this endeavour?

An energizing side-effect? How covid-19 could revive multilateralism

Recently, we have seen funding cuts to the WHO in the middle of the coronavirus crisis and national governments closing borders instead of calling for…

App-solutely necessary? Technology as a way out of the coronavirus crisis

Word on the street seems to suggest that technology will be the way out of the coronavirus crisis and the lockdowns in many European countries. This…

The Berlin Libya Conference: a moment to shine for European foreign policy?

Anthony Dworkin stands in for our usual host, Mark Leonard, to de-brief the Berlin Conference on Libya. Together with the ECFR’s experts Asli Aydıntaşbaş, Tarek…

Anthony Dworkin stands in for host Mark Leonard to talk about how China experienced 1989 back then and today. In some ways, it is more…

After Baghdadi is before Baghdadi: How the West still has to fight ISIS

How will IS leader Abu Bakr al-Baghdadi’s killing impact ISIS as a terror organisation and the situation in Syria? Host Mark Leonard is joined by…

According to the ECFR, Joe Biden is unlikely to continue the relatively open trade policy of Barack Obama's era.

Anthony Dworkin quoted on the repatriation of ISIS foreign fighters.

Anthony Dworkin quoted on how Europe responds to US foreign policy.