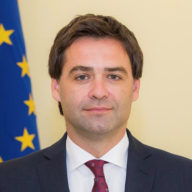 Nicu Popescu was the director of the Wider Europe programme at the European Council on Foreign Relations, and he works from ECFR’s Paris office. His topics of focus include EU’s relations with Russia and the Eastern Partnership countries.

Popescu teaches at Sciences-Po Paris. He holds a PhD in International Relations from the Central European University in Budapest, Hungary. He is author of the EU foreign policy and post-Soviet conflicts: stealth intervention (Routledge 2010), and co-editor of Russia Rising: Putin’s Foreign Policy in the Middle East and North Africa (with Dimitar Bechev and Stanislav Secrieru, I.B. Tauris 2021) and Democratization in EU Foreign Policy (with Benedetta Berti and Kristina Mikulova, Routledge 2015).

Bulgaria’s president has campaigned for the Communist party, while MPs think that European states should learn from Azeri electoral practices

The Eastern Partnership in crisis

What is the likely impact of the crisis on the Eastern Partnership, the attempt to resuscitate the European neighbourhood policy and focus EU’s political attention on the East?

The return of “Eastern Europe”

The term “Eastern Europe” suggests a new division of Europe. But it also highlights how integrated and interdependent Europe has become.

What are the likely consequences of an economic and political collapse in Ukraine? Nicu Popescu explains

How are the EU’s Eastern neighbours different from “accession neighbours”?

The EU should re-engage with Moldova’s ‘frozen conflict’

The war in Georgia has an impact on Moldova. There is a danger of unsustainable peace and transformation of Moldova into a second Belarus.

Winning the peace in Georgia

The biannual EU-Russia summit begins on 26 June in Siberia. Can the EU take advantage of the opportunity to restart the relationship, or will it fall victim to the divisions that have plagued it in the past?

How to defrost Moldova’s frozen conflict

The EU’s strategy for influence in the eastern neighbourhood

A digital agenda for the Eastern Partnership

By reforming the Eastern Partnership, the EU can capitalise on the huge opportunities for economic and social development created by digitalisation

Towards stability: A new concert of powers

Could a “concert of powers” be the solution for the increasing power competition between the US and China and the current crisis of democracy?

It’s a significantly bigger win than anyone expected… It’s a once in a generation opportunity to defeat, and push back against and combat corruption, and that’s what this mandate is for

From a European perspective, the evasive and dismissive attitude on the part of the German political class towards any military support for Ukraine is out of time