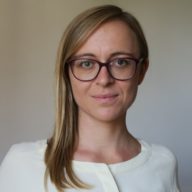 Joanna Hosa is the deputy director of the Wider Europe programme at the European Council on Foreign Relations.

Prior to joining ECFR, Hosa worked on democratisation, conflict prevention, human rights and peacebuilding policies for EU institutions, think tanks and civil society organisations in Brussels and Paris. She held a range of positions at the European Commission, the European Union Institute for Security Studies (EUISS), the Open Society European Policy Institute (OSEPI), the European Peacebuilding Liaison Office (EPLO) and the International Federation on Human Rights (FIDH). Her regional focus has been on Eastern Europe, Turkey, Western Balkans and Central Asia. Joanna is a graduate of the University of Edinburgh and the College of Europe.

Trust is a scarce resource in Ukrainian politics. Could a TV president be the one to deliver it in the upcoming elections?

Polish cities against hatred and violence

Strategy on ice: Has Russia already won the scramble for the Arctic?

Russia has already – literally – staked its claim to vast tracts of the Arctic, and now China is looking northward too. Can other countries catch up when they are already so far behind?

Four things to know ahead of the NATO Summit

Poland: The importance of being president

As rifts appear in the ruling camp, the turmoil in Poland is far from over

Belarus will continue to cause problems on the EU’s doorstep – so it is now time for a firmer, longer-term approach

As the Turkish president continues his delicate balancing act between the US and Russia, the crisis in Ukraine presents new opportunities for Ankara’s transatlantic credentials

Why the EU should appoint a special representative for Crimea

By appointing a special representative for Crimea, the EU would show its commitment to standing by its partners and rejecting Russia’s violations of international law

Why Europe needs a vaccine against baseless challenges to election results

In supporting Trump’s lies and his refusal to concede, some eastern European governments are grooming their supporters to reject the result of any election they might lose

‘Polarus’ in the making: How the Polish government is learning from Russia

The Law and Justice party is learning from Vladimir Putin’s regime. And ordinary Poles are learning how to oppose it.

The coronavirus crisis: An opportunity to mend Polish-Ukrainian relations

The Polish government would do well to recognise the value of Ukrainian workers, while the Ukrainian government should acknowledge that the Polish state cares for Ukrainians during these trying times

Tefta Kelmendi, Joanna Hosa and Nicu Popescu write about write about how the pandemic has damaged the EU’s image and what the bloc can do to win the next round of vaccine diplomacy

Ukraine presents itself as a useful counterweight in Turkey’s balance with the superpowers, as well as a tool against Russia

Asli Aydintasbas and Johanna Hosa have co-written an article on the strengthening relationship between Turkey and Ukraine, and the geopolitical implications this has for Russia and the USA

By selling Sputnik V to as many countries as possible, Russia wants to improve its position in the world, its prestige and use it as a diplomatic tool

Joanna Hosa comments on the geopolitical repercussions of Sputnik V

Russia has long been implementing strategies to weaken the West, and if the distribution of vaccines can contribute to this, so it is something that the Kremlin can take advantage of