An evening in October. Twitter fills with images of huge numbers of people marching through city streets. They are calling for the government to step down, deploying strong language to make their point. Later, more alarming videos appear: thugs beating up protesters, while the police are absent. Where is this? Minsk again? A flashback to Kyiv 2014? Moscow, maybe? No, this was Warsaw, the capital of the fifth biggest country in the European Union. And the people were furious because the constitutional court had ruled to introduce a near-total ban on abortion.

Comparisons between the Polish government and its Hungarian counterpart long ago became unremarkable. After all, Jaroslaw Kaczynski, the leader of Poland’s ruling Law and Justice (PiS) party, likes to be part of Viktor Orban’s club, where nationalist leaders proudly stand up to Brussels. But there are other obvious comparisons. In the way that PiS interprets democracy, takes over public institutions, antagonises and looks down on its citizens, and attempts to stifle protest, the party is increasingly adopting tactics from its eastern neighbours: Russia, Belarus, and pre-2014 Ukraine. A quick review of the Polish government’s recent actions shows how they mimic authoritarian post-Soviet rulers.

In Poland, since PiS came to power in 2015 it has flagrantly seized control of the judiciary. The current protests were triggered by a ruling of the constitutional court. But, while the decision came from the court, protesters are in no doubt: orders came from PiS. The picture strikingly resembles Russia or Belarus, where courts are not independent. Even if cynical authorities like to pretend otherwise, few would believe that Vladimir Putin or Alyaksandar Lukashenka have no say in the trials their political opponents stand in court.

In the very early days of the Poland protests, women angry at the court’s ruling protested inside churches against the Catholic Church’s influence on politics, including its open support for the abortion ban. Kaczynski’s reaction was immediate: in a televised speech he called on his supporters to go and defend churches, ‘whatever it takes’. He also insinuated that these attacks’ were long in the preparation, that protesters had been trained, and that the whole enterprise was aimed to destroy Poland.

Again, there is a sense of deja-vu: in Russia, Belarus, and other post-Soviet states, the authorities regularly claim that any anti-government protests are not to be taken at face value. They are not spontaneous, they say, but are instigated or sponsored from abroad. As in Poland, the authorities’ aim is to feed the image of the West as an enemy and undermine the legitimacy of protesters.

When it comes to the separation of church and state, while the Russian state is formally secular, it has very close ties with the Orthodox church. Over the last decade it has increasingly taken on the role of a defender of conservative values. The famous 2012 trial of Pussy Riot is a case in point. While the band’s protest was aimed much more at the president than the church, Putin intervened by framing his actions as a defence of the church and religious feelings of fellow citizens – just as Kaczynski has just done.

After Kaczynski’s appeal, PiS-supporting nationalist hooligans duly appeared at women’s marches, beating up protesters. This is shocking, though not entirely surprising, since PiS has been flirting with hooligans as their political base for years. This resembles Yanukovych’s Ukraine: during the Maidan revolution in 2014, the Ukrainian government used thugs to beat up protesters. The so-called titushki would blend into a peaceful crowd and instigate violent fights. The thugs in the streets of Poland have already been called Polish tituszki. By creating a permissive climatePiS is responsible for encouraging this violent behaviour. The fact that Kaczynski recently became a deputy prime minister in charge of security represents, for the opposition, the height of cynicism.

In Russia and Belarus, mass protests have often been met with severe police brutality. The police do not turn up to keep order or protect protesters, but to sow terror and protect the regime. Luckily, Poland is still far from such a situation. However, media have now revealed that Kaczynski wanted the police to disperse the current protests. It did not happen because the minister of interior and the head of police refused, which brings hope that there are red lines that the authorities will not yet cross. Polish protesters now say that what the government is creating is “women’s hell” in Poland. It has therefore not gone unnoticed that the head of the constitutional court, Julia Przylebska, lives in Berlin, where she can enjoy all the freedoms Germany offers while commuting to Warsaw to issue rulings that oppress women. Again, this brings Russia to mind, where politicians create and sustain a suffocating system for millions of people at home but like to send their children to live or study abroad.

To top it all, Polish public television – TVP, which ordinary Poles dub “TVPiS” because of its control by the government – is little more than a propaganda machine, shamelessly stealing ideas from Russia. If in 2014 Russian channels repeated the mantra of “fascists seizing power” in Kyiv, TVP now calls protesters “leftist fascists” , and the next day casually covers stories of “children being sold to homosexuals”. Indeed, the Polish government’s anti-gay propaganda strikingly resembles Russia’s anti-gay crusade, although in Russia it is much more advanced, including relevant laws.

This is all very ironic given that the PiS government despises Russia and looks down on its other eastern neighbours. If previous Polish governments tried to improve relations with Russia, defend human rights in Belarus, or support democratic change in Ukraine, PiS prefers to engage in energy-draining disputes over matters of history; or simply not to engage at all. But it seems to be following the Russian government’s handling of domestic politics with admiration and copying its bad habits.

In response, Polish citizens are learning from their eastern friends, too. Most recently, Polish and Belarusian women have been exchanging strategies for effective protest. There have been victories: the abortion ban has now been delayed, so taken aback was the government at the extent of protest. Polish women have declared that “this is war” and will not give up easily. With the next parliamentary election due in distant 2023, protest is now the main hope for Polish democracy.

It could get much worse. For all the parallels with Russia or Belarus, Poland has not seen massive vote fraud, mass detentions, police brutality, or political opponents thrown in prison. But the route the Polish government has chosen means that none of this can be ruled out. It is said that you become what you hate; Poland is well on its way. 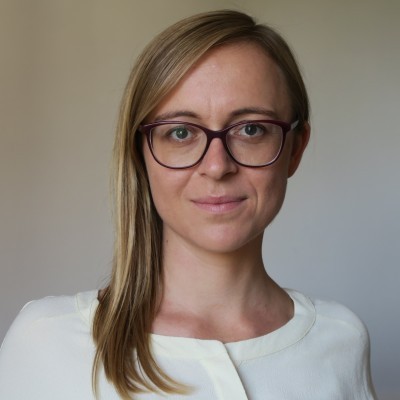