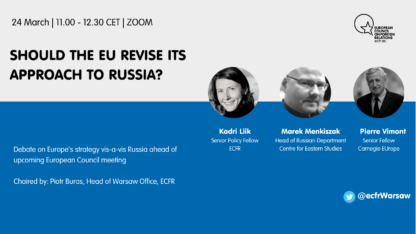 Useful enemies: How the Turkey-UAE rivalry is remaking the Middle East

Instead of using the UAE to push back against Turkey or vice versa, Europe should develop its own strategy on their rivalry

Great power politics in Bosnia: How Berlin can stabilise a dysfunctional state 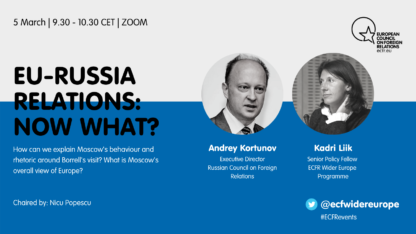 Following Josep Borrell’s unsuccessful visit to Moscow, Europe is once again facing the question of how to tailor its relations with Russia. How to explain… 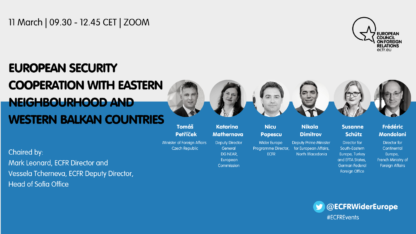 This high-level event will discuss ideas and recommendations that ECFR policy fellows Nicu Popescu and Gustav Gressel make in their 2020 policy brief on the security compact, and to extend these ideas to the Western Balkans

How Macron can strengthen the EU in the Western Balkans

France has blocked progress on enlargement in the Western Balkans. In the Biden era, Emmanuel Macron should think again about bringing the region into the EU