The current trajectory of the Russian regime is unstable and without dramatic change it will crumble within the next year, according to a leading Russia specialist.

“Putin’s downfall: The coming crisis of the Russian regime” by Nikolay Petrov argues that Russia’s political regime is unsustainable and lacks capacity to reform in the face of economic turmoil. He argues that the regime has little room for manoeuvre, as excessive centralisation makes the system unstable and inefficient. Following previous domestic dissent, Vladimir Putin centralised all power in the presidency and weakened Russian political and state institutions in the process. Now, the regime needs to keep delivering military victories or face a loss of support. 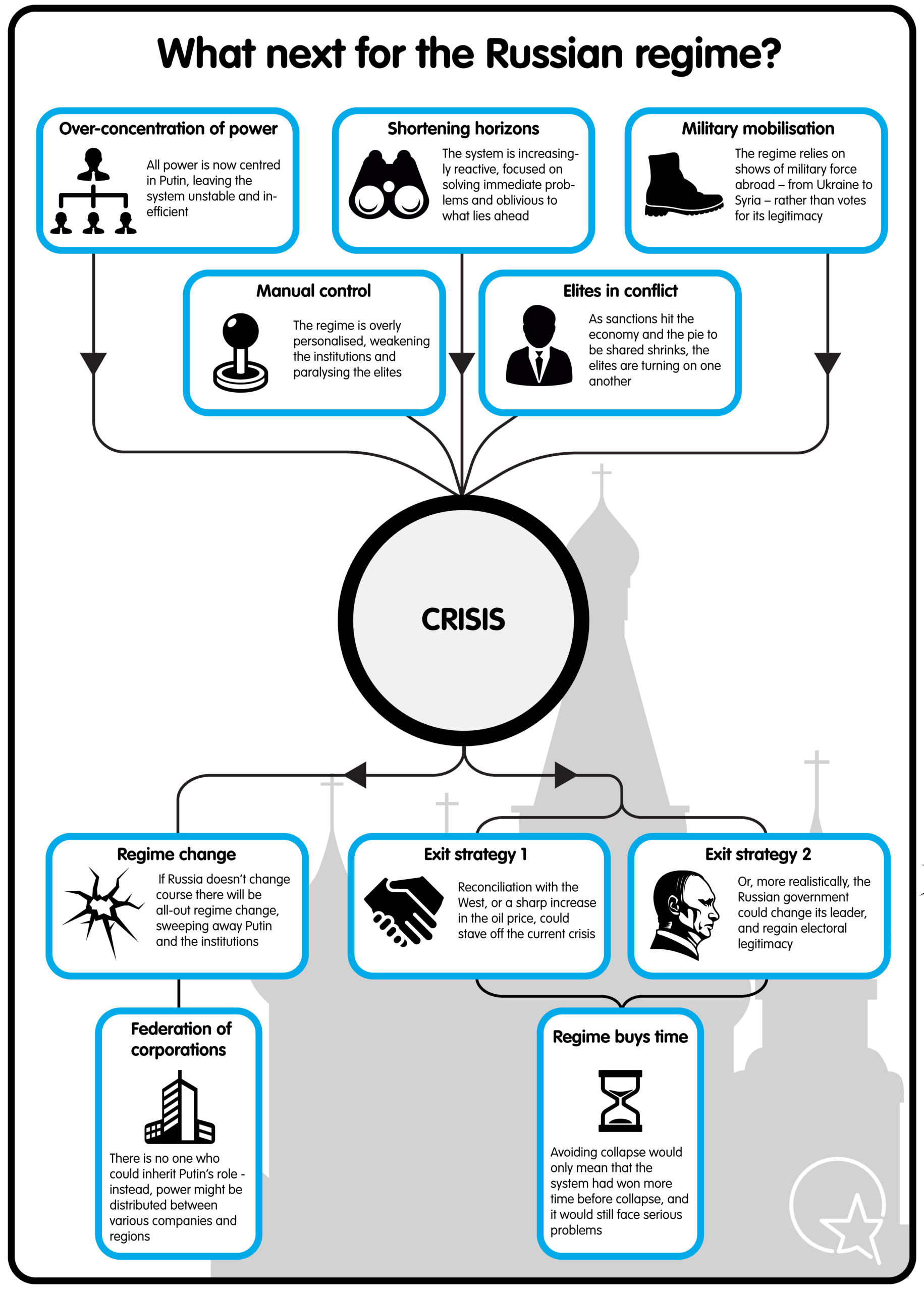 Petrov asserts that the Russian regime has only two ways out of its coming crisis, both of which have limitations. The first is to reconcile with the West and so improve its finances, by reining in anti-Western rhetoric and appointing prominent reformers to key positions in the government. Petrov believes this is unlikely given the deeply entrenched hostility between Russia and the West.

The second way out, according to Petrov, is to change leader. With Putin having staked his political power on the legitimacy of military victory, the system will break down when Russia stops winning. The alternative is a new leader with a different – perhaps an electoral – mandate. However, this option too is fraught with dangers. With no clear ‘heir’, the current, highly centralised and highly personalised, system would need to be rebuilt.

The alternative to these exit strategies is a risky collapse. Uncontrolled regime change would leave Russia without visible leaders or effective state institutions. In this scenario, power could be assumed by a coalition of corporations, redistributed among various bodies, including government agencies, large companies, and even certain regions, such as Tatarstan and Chechnya.