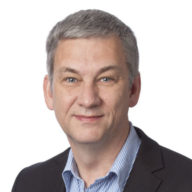 Mats Engström is an analyst and writer based in Stockholm. He has been involved in EU policymaking and analysis since the 1980s, including as deputy state secretary at the Swedish Ministry for the Environment and as a political adviser to a foreign minister. In the latter capacity, his responsibilities included EU policy, security policy, and relations with Russia.

Mats Engström has also been, inter alia, editor-in-chief of the leading Swedish technology magazine Ny Teknik, and science and innovation counsellor at the Swedish embassy in Tokyo. As well as being a visiting fellow at ECFR, he is also a senior adviser at the Swedish Institute for European Policy Studies (SIEPS) and an associate with the Institute for European Environmental Policy (IEEP). He is the author of three books and, in addition to Swedish media, his articles have been published in several international magazines. He holds an MSc in engineering physics and a degree in journalism. 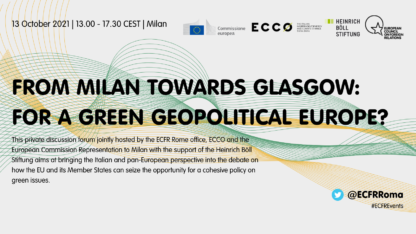 From Milan towards Glasgow: for a Green Geopolitical Europe?

How can the EU and its member states seize the opportunity for a cohesive policy on green issues?