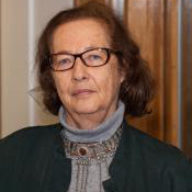 Historical, political and social developments of Yemen and the GCC states over past half century, rural development and community participation policies

Helen Lackner is a visiting fellow at the European Council for Foreign Relations and a research associate at SOAS University of London. Her most recent book is Yemen in Crisis: Autocracy, Neo-Liberalism and the Disintegration of a State (Saqi Books, 2017; Verso in the United States, 2019; Arabic translation, 2020). She is the editor of the annual Journal of the British-Yemeni Society. She is a regular contributor to Open Democracy, Arab Digest, and Oxford Analytica, among other outlets. She has spoken on the Yemeni crisis in many public forums, including in the UK House of Commons.

Her earlier career as a rural development consultant took her to more than 30 countries in the Middle East, Asia, Africa, and Europe, where she worked on a wide range of projects. In recent years, she has refocused on in-depth analytic work and writing. She now mainly writes about the crisis in Yemen, a country with which she has been involved since the early 1970s and where she lived for more than 15 years between the 1970s and the 2010s.

Yemen’s seven years of war: How the new UN envoy can lay foundations for peace

Yemen: Why the Riyadh Agreement is collapsing

If Marib falls in Houthis’ hands, which is likely, it would be a fundamental transformation of the war

The ECFR warned that hardline factions were in the ascendant in the Houthi movement; they were willing to use state repression and were convinced that Saudi Arabia could be defeated militarily