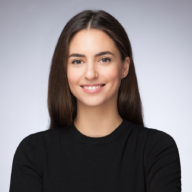 Ramic is based in Berlin since 2016 and was most recently the stakeholder and outreach manager at the transatlantic think-tank Atlantik-Brücke. From 2016-2017, she was a Robert Bosch Foundation Fellow, during which time Ramic developed a new regular political series for the European broadcaster ARTE (Salon Square) and worked with Microsoft’s government affairs team in Berlin.

Previously, Ramic spent six years at the Chicago Council on Global Affairs, where she was the director of the Chicago Forum on Global Cities, an annual conference convening leaders for a cross-sector dialogue on the power and limitations of global cities.

Lead time: How Germany should move on from Merkel | Episode 4 – Tech

What are the necessary steps the new German government needs to take to advance and support European tech sovereignty?

Ask the author anything! – Mark Leonard on “The Age of Unpeace”

Mark Leonard answers questions from our listeners about his newly released book,  “The Age of Unpeace: How Connectivity causes Conflict”

Lead time: How Germany should move on from Merkel | Episode 3 – Economic Coercion

How can the next German government build up Europe’s strength against economic coercion?

Lead time: How Germany should move on from Merkel | Episode 2 – China Policy

How should the next German government concretely shape its China policy, and its approach to the Indo-Pacific?

Lead time: How Germany should move on from Merkel | Episode 1 – Climate Policy

Whoever wins the election, the next German government must approach climate action more systematically and in a more sustained fashion