In cooperation with the Embassy of the Netherlands the ECFR Berlin hosted a workshop titled “Putinomics”. Experts from politics, economics and science discussed how Russia's economic policies affects Russia's foreign policy. At the event Kirill Rogov's ECFR Policy Brief „Can Putinomics survive?” was presented. Further points within the debate were the current economic situation in Russia and its important impolications for Germany's foreign policy and the EU's foreign policy priorities.

ECFR’s World in 30 Minutes: The ‘In’ Campaign

ECFR's director Mark Leonard speaks to 'In' campaigners Damian Green MP and Emma Reynolds MP, from the Conservatives and Labour respectively as the official…

The Syrian refugee crisis, Germany and Turkey – What to expect from Ankara?” with Gerald Knaus, Chairman of the European Stability Initiative

How Merkel and Hollande stalled the EU’s engine

To qualify as an engine of integration, the two countries need to demonstrate their willingness to go it alone if need be. 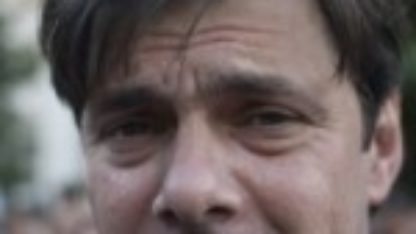 Two experts discussed Russia's economic outlook in 2015 and for 2016

Views from the Capitals – Renegotiation: Can Britain get the deal it needs?

ECFR experts discuss findings of ECFR’s Britain in Europe renegotiation scorecard, a regular assessment of how the British asks are perceived in other member…

Views from European Capitals. Renegotiation: Can Britain get the deal it needs?

How are the – still not yet formal – British requests perceived in five key European countries?

Russia in Syria: Counterattacking at the UN

Supporting host countries in the region: a silver bullet for the refugee crisis?

Avoiding a Pyrrhic victory for Cameron

The Franco-German perspective on the British referendum on the EU