Jeremy Shapiro – Research Director at ECFR, former advisor at the U.S. Department of State and the primary author of EU-US Power Audit;
Ulrich Speck – Senior Research Fellow at the Brussels office of Elcano Royal Institute;
Patrycja Sasnal – Head of the MENA Programme at the Polish Institute of International Affairs PISM 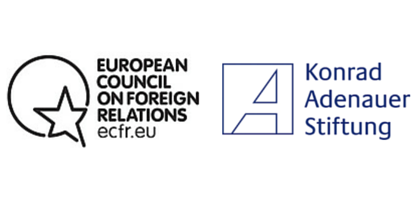 Warsaw Office of the European Council on Foreign Relations and Konrad Adenauer Foundation had the pleasure of hosting a public debate:

Will Trump Divide or Unite Europe?

Given the recent tensions in the relations between the EU and the U.S. as well as the announced visit of President Trump to Europe, ECFR Warsaw organized a public debate entitled “Will Trump Divide or Unite Europe? EU-US relations at a crossroads”. It gathered three guests speakers: Jeremy Shapiro, Research Director at ECFR; Patrycja Sasnal, Head of MENA Programme at the Polish Institute of International Affairs (PISM); and Ulrich Speck, Senior Research Fellow at the Brussels office of Elcano Royal Institute. The Director of ECFR Warsaw office, Piotr Buras, moderated the debate.

Mr Buras opened the debate by outlining the political context of Trump’s visit and asking the panellists three guiding questions. Firstly, he wanted to find out what the timeline of the changes in the transatlantic relations was, whether they were temporary, or long-term. Secondly, he asked what reactions we should expect from the European partners of the U.S., whether the visit would disrupt the European unity, or rather consolidate it. Thirdly, he asked what we should expect from Trump’s visit to Poland.

In his intervention, Jeremy Shapiro made two main points. First, he introduced and explained the so-called “Adults in the Room” theory used to describe the current modus operandi in the U.S. According to the theory, the deep division in the Donald Trump’s administration means that the President is simply not listened to. Trump might say or tweet one thing one day, which will get contradicted the very next day by his staff. As such, foreign partners circumvent Trump himself and contact the “Adults in the room”, primarily the secretaries of defence and state, directly. President Trump's European policy is moreover only a residual of his domestic political issues. There is no strategy in his actions, we should not look for logic in it, or expect him to act rationally.

Second, he outlined four main reactions in the EU to Trump’s presidency: The dominant reaction, dubbed the Regency Effect, relies on the belief in checks-and-balances to contain Trump. Other countries such as Hungary exhibit what Shapiro called the Messiah Effect, believing that nationalist, anti-immigrant politics can win in the EU as well. The opposite, the Antichrist Effect, can be seen e.g. in France, where the election of Trump is seen a disaster for the U.S. and the West and a wake-up call for the EU to become a truly independent international actor and stand up to the U.S. Finally, some states can be said to be under the Hangman Effect, simply hoping to avoid the consequences of Trump’s administration.

Speaking next, Patrycja Sasnal subscribed mostly to the “Adults in the Room” theory, but noted that only the Secretary of Defence, James Mattis, has the gravitas, competence and standing to give credible assurances to interlocutors. In fact, with him at the helm, Pentagon practically took control of U.S. Middle Eastern policy, stepping up the fight against ISIS at the cost of vastly increased civilian casualties. She introduced a different categorisation, talking about the “Statesmen”, such as Mattis, or the Secretary of Homeland Security, John Kelly, and contrasting them his the “Ideologues”, best represented by Trump’s Chief Strategist, Steve Bannon. The former are committed to U.S. alliances and care about the continuity of the U.S. foreign policy, while the latter look at the EU from the economic perspective, see Europe as competitors and want to avoid close ties. Disagreements between the two groups extend to NATO and Russia: “Statesmen” see NATO as an important resource and look at Russia with distrust, while “Ideologues” perceive Russia as a Judaeo-Christian ally and dismiss NATO.

According to Ulrich Speck, two reactions emerged this far in Germany regarding the disruptive, game-changing posture of the U.S. in Europe. There is a palpable irritation over the unpredictability of President Trump and a fear that his victory is a part of a long-term trend harmful to EU-U.S. strategic relations. EU faces indeed a grave security and defence challenge stemming from the problem of the nuclear deterrence against Russia. The EU, according to Speck, is incapable of ensuring its own security and to act independently in its neighbourhood, such as North Africa or Syria. France and Germany will fail to achieve their grander goals of increased European integration and common defence and security policy as they have very different views on security and defence. Angela Merkel's recent harsh reaction on the European’s responsibility to protect itself has no substance as the fundamental dependence of Europe on the U.S. will not change. Speck warned against seeing progress in this area as inevitable and pointed out many previous shocks that were supposed to prod Europe to greater independence but were ultimately met with little real change.