Europe’s liberal order could come crashing down next year. Squeezed from all directions, it may not be able to withstand the pressure. Within Europe, populists on the left and right are trying to roll back the liberal order. This insurgency is being actively backed by Putin’s Russia, and, now, it seems, Trump’s America. The European Union itself risks being an early casualty.

The coming year will be decisive, as key elections are held in France, The Netherlands, and Germany, in which anti-EU populist parties are expected to make headway. The French Presidential elections will be the most critical. Marine Le Pen, who has promised to hold a referendum on France’s EU membership, is expected to win the first round but lose the second. Yet the momentum of the populist surge favours Front National, and in any case, who can trust the polls after Trump’s election? A victory for Le Pen would spell the likely end of the European Union, as it is inconceivable that the EU could survive France’s departure.

On 4 December, Italians voted in a referendum against a set of constitutional reforms that would make the country’s notoriously unstable political system more stable. Prime Minister Renzi’s resignation may very well prompt elections in which the anti-establishment, eurosceptic Five Star Movement will make substantial gains if not win altogether. Also, on the same day, the far-right wing candidate, Norbert Hofer, was defeated in presidential elections in Austria but still win 46.7 percent of the vote.

The refugee crisis and, before that, the financial crisis have given a boost to populist parties all across Europe, on both the right and the left. Their success is underpinned by a pervasive feeling that liberal elites are reaping the benefits of an open, globalised world while the people are left behind and under threat from alien cultures and customs. For the far right, the solution is renationalising the nation state, closing borders to immigrants, and returning to socially conservative values. For the far left, the answer is to be found in dismantling the globalised capitalist system. For both, it means the undoing of the EU and its liberal ideals.

Within the heart of Europe’s elites, opportunists such as the UK’s Boris Johnson have sensed the possibilities that the populist surge provides. They have taken up their anti-EU cause and adopted post-truth methods to further their own political careers – consequences be damned.

To the East, Russia understands the potential geopolitical boon that European populists present. Over the past few years Russia has embraced these parties on both ends of the political spectrum. Putin sees them as ideological bedfellows who are useful in furthering Russia’s strategic interests of weakening and dividing the EU. These parties also tend to promote pro-Russian positions such as lifting sanctions and ending European support for Ukraine.

The politics of disruption – seen in the Brexit referendum and the Dutch referendum on Ukraine – has proven particularly powerful in scuttling the European project. The weakening of European institutions and unity makes it easier for Russia to play European states off each other and ultimately to increase Russia’s influence over the continent. Even the anti-Russian populist parties in countries such as Poland and Finland serve Russian interests by pursuing a politics of disruption in the EU.

Russia is supporting many of these populist parties in various ways, from political backing to giving them a platform on RT and Sputnik, to financial support in the case of the loan to Front National. As elections approach in France and Germany, it remains to be seen whether Moscow will use the same cyber tactics to boost populist candidates that were so successfully used in the United States.

Trump’s victory has demonstrated to European populists that “the unthinkable is thinkable”. Defying polls, markets, and expert prediction, he managed to tap into a discontent in the United States, effectively highjack an establishment party, and win on an anti-establishment ticket.

But for Europe’s populists, Trump’s election provides more than inspiration and a boost of confidence. It also means the potential for an alliance with the superpower. Days after his victory, Trump, who came out in support of Brexit, held court in his gold-adorned apartment in Trump Tower for Nigel Farage. Farage was the first European politician to meet with Trump after the elections, and Trump – defying Number 10 – has subsequently backed him to become the UK’s ambassador to the US.

Trump’s alliance with European populists may go beyond mere political backing. The Trump Administration’s chief strategist and senior counsellor, Stephen Bannon, has reportedly reached out to Marine Le Pen in France and is planning to open Breitbart News in France and Germany ahead of their elections – after its UK venture successfully campaigned for Leave during the Brexit campaign.

Trump’s foreign policy agenda in Europe will also put liberal forces on the defensive and play into the hands of the populists. His apparent desire to strike a deal with Russia and willingness to downgrade or even renege on European security guarantees could hollow out NATO. This would fundamentally undercut the basis for European cooperation and create further disunity as European states scramble to find alternative security arrangements or are forced to reorient themselves.

The new axis between Trump’s America, Putin’s Russia, and European populists represents a toxic mix for the liberal order in Europe. If ever there was a time to come out in defence of that order, it is now.

This article was originally published by Newsweek Europe. 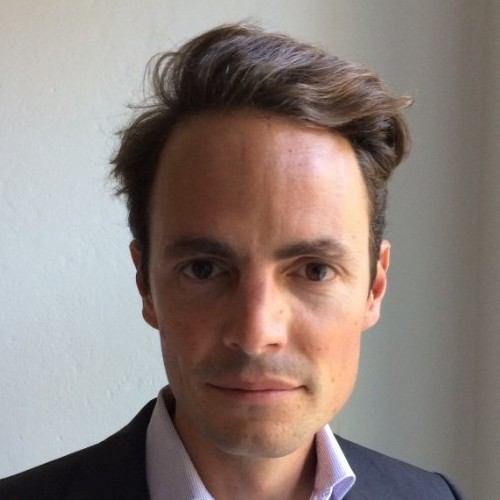