Macedonia and Greece have defied the stereotype that the Balkans produce only bad news. Earlier this week, following 27 years of tense UN-led negotiations, the countries made an important step towards resolving their dispute over Macedonia’s name. Greek Prime Minister Alexis Tsipras and his Macedonian counterpart, Zoran Zaev, agreed that the name “North Macedonia” will be used erga omnes, or both internally and externally. In return, Greece will allow its neighbour to apply for NATO membership and to open EU accession negotiations. In an era of populist politics and shallow, television-friendly gestures, the move demonstrated Balkans states’ capacity to solve long-standing problems through negotiation. However, for the agreement to become something more than a positive sign, Europe must recognise its important implications for the Balkans and the wider continent.

The name dispute has long deprived Macedonia of a route to membership of NATO and the European Union, creating a persistent uncertainty that makes Macedonian society an easy target for nationalist political strategies. After the demise of Macedonia’s bid for NATO membership in 2008, the government of then-prime minister Nikola Gruevski – leader of the Macedonian Revolutionary Organisation–Democratic Party for Macedonian National Unity (VMRO–DPMNE) – started to capitalise on the resulting sense of isolation. In the years that followed, Macedonia began to backslide on democratic reforms, losing its hopes for European and Euro-Atlantic integration.

Having come to power in May 2017, the new government in Skopje is attempting to change course and thereby create new opportunities for the country, the Balkans, and all of Europe. Macedonia’s friendship treaty with Bulgaria has contributed to this effort since its finalisation in January 2018, with bilateral trade between the countries rising at an annualised rate of 11 percent in the following six months. Building on the improvements in their relationship, the Bulgarian foreign ministry warmly welcomed Skopje’s and Athens’s agreement on “Northern Macedonia”. This effectively changed Bulgaria’s position, which had theretofore ruled out a name that included a geographical limitation.

Russia’s goal is to prevent Macedonia from joining NATO

By opening a membership perspective for Macedonia, the EU could energise other countries in the region to engage in democratic reforms, while also strengthening their economic outlook. This would pressure Serbia and Kosovo to resolve their dispute over the latter’s status, lest they hold their citizens hostage to a backward-looking political strategy. Moreover, a resolution of Macedonia’s name dispute could create momentum for opening negotiations with Albania over EU membership, helping overcome opposition from France and the Netherlands. And while membership seems a distant prospect for Balkans countries (albeit not as distant as it is for Turkey), negotiating with the EU is a disciplining process that introduces European rules in areas covered by the acquis communautaire.

There are currently around a dozen bilateral, territorial, or border disputes in the Western Balkans. Resolving one as symbolically important as that around a country’s name will be a powerful model for others to follow.

The name dispute is also key in Europe’s efforts to counter an assertive Russia – which appears to primarily view the Balkans as an arena in which to harm the West, and the fragile deal as an opening in this effort. Russia’s goal is to prevent Macedonia from joining NATO, a prerequisite of which is the resolution of the dispute. Indeed, Moscow’s footprints in Macedonia have been visible in the past year: the Russian ambassador in Skopje openly supported the VMRO-DPMNE during the country’s 2017 political crisis; and Russian oligarchs were visibly involved in organising the first protests against negotiations between Zaev and Tsipras in Thessaloniki several months ago. If Europe fails to support the compromise, it will have left both prime ministers to fight against not only their domestic opponents but also the Russian propaganda machine.

However, it is these high stakes that have made the agreement possible – and that have left the governments negotiating it politically vulnerable. A failure to implement the deal would probably end the pro-reform Zaev’s tenure as prime minister, once again draining the energy from pro-European circles in Macedonia. Equally, if the agreement succeeds but the EU makes no concessions on Greece’s debt problems, Tsipras could face a similar fate.

The deal can only be implemented if Zaev and Tsipras secure significant support for it at home. They both need two-thirds of members of parliament to ratify it and, in Macedonia’s case, likely approval in a referendum. The European commitment here can come through the European People’s Party (EPP), the main umbrella group of right-wing European parties. The major opposition parties in Macedonia and Greece – the VMRO-DPMNE and New Democracy respectively – are core members of the EPP. They have shown that they see the deal between Zaev and Tsipras only through the lens of their domestic political interests, and as such are unwilling to compromise on the issue. Therefore, the EPP must persuade its members that the stakes of the name dispute are much higher than those of the next elections in Macedonia and Greece. With a new cycle of European parliamentary elections starting in May 2019, it may be a decade or more before there is another opportunity to resolve the disagreement. 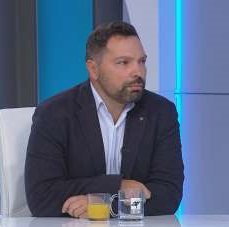