German Vice-Chancellor Sigmar Gabriel departed last Sunday for his first visit as federal minister for economic affairs to Saudi Arabia, Qatar, and the United Arab Emirates this week, surrounded by an army of 140 business representatives. As he left, he made strenuous efforts to keep a very familiar but unwelcome companion away from his government plane: the accusation of double standards and hypocrisy. Given the fact that German engineering, including tanks and arms, is increasingly popular worldwide, this was not the easiest mission he could have picked. But the way he tackled it might cause some of his European colleagues (especially those in foreign and defence policy) to pay closer attention.

Gabriel has made himself the first trend scout for a new European way of walking the walk between a values-based foreign policy and the necessity to maintain and support (military) stability and security at a time when “the world is out of joint”. (“Die Welt ist aus den Fugen geraten”, as Gabriel and his party fellow and foreign minister, Frank-Walter Steinmeier, said in a letter to the nearly 500,000 members of the SPD shortly before his party group in the German Bundestag supported the controversial decision to supply arms to the Kurdish Peshmerga in Northern Iraq on 1 September 2014).

In a break from the customary approach, Gabriel expressly asked to be briefed by external human rights defenders and regional security experts before he left for the Gulf.

In a break from the customary approach, Gabriel expressly asked to be briefed by external human rights defenders and regional security experts before he left for the Gulf. At the same time, he explicitly excluded all representatives of German arms manufacturers from his comprehensive business delegation. With this decisive move, he put into practice what he had already announced in an interview in January 2014: that he would interpret German arms limitation regulations in a more restrictive way than his predecessors. On 8 October 2014, Gabriel gave a remarkable speech, which contained one key idea: “anyone who wants to speak about the military equipment industry cannot keep silent about foreign and security policy. On the contrary: foreign and security policy has to be the starting point and the destination for a strategy on arms policy in Germany and – as far as possible – in Europe.” Subsequently, he suggested giving his decision-making authority on the topic to his colleague at the German Foreign Service, Frank-Walter Steinmeier – an offer that the German foreign minister immediately rejected.

A coherent and credible European foreign and security policy must not ignore the debate about who sells whom what kind of weapons – made in Europe – and under what conditions.

At a time when the well-known song of “the European army” is again and again being heard – lately by European Commission President Jean-Claude Juncker last Sunday – Gabriel has brought to the fore another, equally important point of view: a coherent and credible European foreign and security policy must not ignore the debate about who sells whom what kind of weapons – made in Europe – and under what conditions. In June 2014, the European Commission presented its roadmap, “Towards a more competitive and efficient defence and security sector”, in order to try to get to the core of this complex subject. In this difficult balancing act between moral ambitions and realpolitik, within an increasingly hostile and fragmented European neighbourhood, Sigmar Gabriel’s step-by-step approach towards more transparency and honesty when it comes to the sensitive issue of arms exports has the potential to make him a real stakeholder in the debate on the future of Europe’s foreign and security policy. Whether it does or not depends mainly on his level of ambition, as he would have to convince not only his German, but also – and even more challengingly – his French and British colleagues to get on board. But if he should realise that he has lost his way, his colleague Steinmeier will certainly not give him the brush-off a second time. 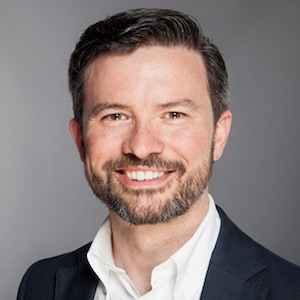