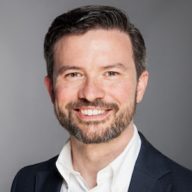 Olaf Boehnke used to work for ECFR as head of the Berlin office.

From 2009 to 2011 he was Senior Foreign and European Policy Advisor in the German Bundestag. Before that, from 2007 to 2009, he worked as Senior Programme Officer at the Aspen Institute Germany. As the head of the institute’s Middle East Department, he executed three conference programmes on civil society issues in Iran, Syria, and Lebanon. From 1999 to 2006 he was chief of staff and senior advisor to several members of the German Bundestag.

He has published widely on European and transatlantic issues. He is a Marshall Memorial Fellow (2007) of the German Marshall Fund of the United States and an Aspen Fellow (2005/06) of the Aspen Institute Berlin. He now works as Managing Director of the Mercator Institute for China Studies (MERICS).

Greece and Germany’s game of chicken

Despite staving off Greek disaster for now, Merkel and Schäuble have had a frosty reception from political allies in Berlin.

It is time to initiate a common European cathartic proces

Gabriel has reinserted the needs of a values-based foreign policy into the debate on European arms sales, which could make him a key stakeholder in EU foreign policy

Olaf Boehnke on Germany's role as mediator between Russia and the West.

Olaf Boehnke quoted on the NATO summit in Warsaw and on the decision concerning the permanent NATO deployments in Poland.

Olaf Boehnke's Note from Berlin “Greece and Germany's game of chicken” in Greek.

Olaf Boehnke on the current developments in Greece and the eurozone.

Olaf Boehnke on the international reaction to Merkel's encounter with the crying Palestinian teenage girl.