On September 5, Polish president Andrzej Duda warned that the creation of a multi-speed Europe could “break apart” the EU into “A, B and C-class states.”  How much truth is in this claim? ECFR’s EU28 Survey – conducted among policy professionals and expert observers from all 28 member states – sheds light on how much room there is for flexible geometry in the European Union.

For the past decade scholars have debated whether there is a North-South divide in the EU, and since the 2004 enlargement also whether a schism exists between old members in the West and new members in the East and the South. Financially there is another divide between net contributors to and beneficiaries of the European budget. These dividing lines would separate the EU along the Marxist concepts of ‘core’ and ‘periphery’ – the former encompassing wealthy northwestern member states with a long European tradition; the latter made up of less prosperous and newer members in the east and the south.

The EU28 Survey does not refute the importance of geography and affluence in the complex web of relations between member states. It measures three 'proximity indicators': the degree to which member states share preferences, contact each other and find one another responsive. Together these reveal a general lack of strong ties between Northwestern members and their southern counterparts (just 17 out of 48 possible votes for each other on the three indicators); between northwestern and eastern member states (23 out of 117); as well as between net contributors and beneficiaries (49 out of 187). Besides, preferences directed from the south and east to the northwest and from developing to affluent EU members are oftentimes not reciprocated (see Figure 1).

Nevertheless, the ECFR dataset proves assumptions of a ‘core’ versus a ‘periphery’ wrong: they are not united blocs. There are gaps in the ties between north-western members (62 out of 78 possible votes) and even more so between southern and eastern EU countries (just 1 out of 54) (see Figure 1). Looking beyond the lack of ties between ‘core and ‘peripheral’ countries to subsequently find only patchworks of relationships on both sides of the assumed divide is a critical finding. The fact that largely fixed parameters (geography and economic development) do not determine closed groups, leaves room for flexible integration. 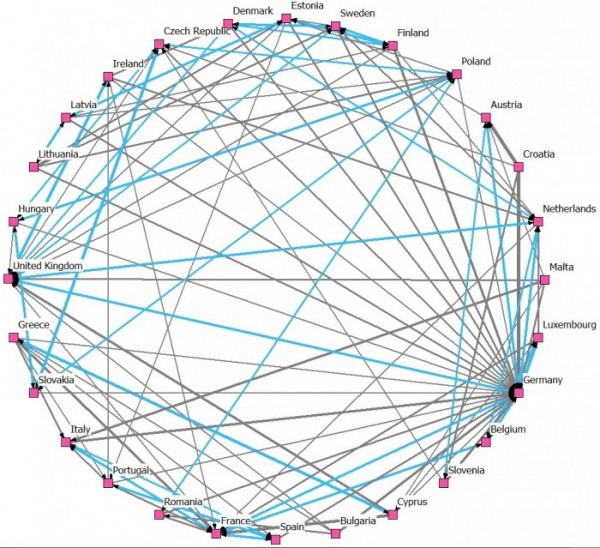 Figure 1. is based on the accumulated data from the EU28 Survey questions: “In your view or experience, which other governments: would your own government generally contact first and/or most on EU matters?; (“…”) generally share many of your own country’s interests and preferences on EU policies?; (“…”) and have shown to be most responsive or are easiest to work with? (select up to five).” Depicted are strong ties (i.e. above the threshold of an average tie-value of 7.5%). The width of the line represents the average tie value. In contrast to the blue ties, the grey ties are not reciprocated above the threshold level. The actors are ordered randomly here – rather than according to presumed dividing lines.

The six founding fathers of the EU (Germany, France, Italy and the Benelux countries) are at present still the most committed to deeper integration. Survey respondents from across the EU perceive them (with the exception of the Netherlands) as the most integrationist, and the survey found that the founding six generally have a stronger preference to work with all member states and are less keen on building loose, ad-hoc coalitions.

But again, this shared commitment to deeper integration does not set the founding six apart as a closed group. The EU28 Survey’s proximity indicators show us that Italy and the Netherlands, for example, share few interests, do not contact each other often and find each other rather unresponsive. The same holds true for Paris and The Hague – although the latter cannot get around contacting France on many occasions. Germany does not consider Italy to be like-minded or easy to work with. Even the Benelux group is not a united front; Luxembourg ranks low with the Netherlands on all three indicators.

The same is true on the opposite side of the integrationist spectrum: Greece, Denmark, Hungary and the UK – all sceptical regarding deeper integration – are not typically close (see Figure 1). Of course, opposition to 'more Europe' and a stronger preference for decision-making on the national level are poor premises for constructive partnering in the first place.

It is also worth noting that there can be strong structural ties even between those who are most and least committed to deeper integration (9 out of 36 possible votes). A case in point is the strong reciprocal ties between Germany and the UK.

A note to the new government in Berlin: There is room for flexible integration

European common defence structures and Eurozone governance are policy areas on which member states will start exploring further integration after the German Federal elections on the 24th of September. Looking at the proponents of (legally binding and ad-hoc) coalitions (see Figure 2), two things are apparent. For one, member states with the strongest preference for this level of decision-making do not constitute a group of forerunners on Eurozone and CSDP. The EU Coalition Explorer shows that they do not typically perceive each other as essential partners in fiscal or in security and defence policy. For another, the variety of members that strongly prefers this actor level confirms that openness to departing from the traditional ‘all-inclusive’ approach is found in every corner of the EU. 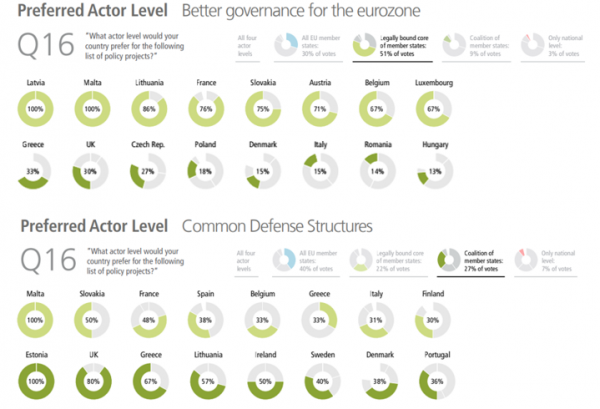 In contrast to unease about the exclusionary character of a Europe of different speeds, as expressed by President Duda, it is promising that fixed parameters and integration-mindedness do not seem to divide the EU28 into distinct groups. Rather, ECFR's EU 28 Survey shows that there is political space for a Europe of different speeds to carry forward the European project beyond the 60th anniversary of the Rome Treaty.

While Berlin has been hesitant over flexible integration thus far – stemming from its historical responsibility for European unity – this realisation should ease its concerns.  Berlin now needs to overcome its discomfort and throw its weight behind flexible initiatives. After all, the one who wins most by differentiation that is inclusive, is the one who is most integration-minded.

Disclaimer: The ECFR data have been fed into Ucinet using the Netdraw function to draw Figure 1.

For more details on the EU28 Surveys, additional findings and commentaries, as well as access to all our data and the EU Coalition Explorer please visitwww.ecfr.eu/eucoalitionexplorer. 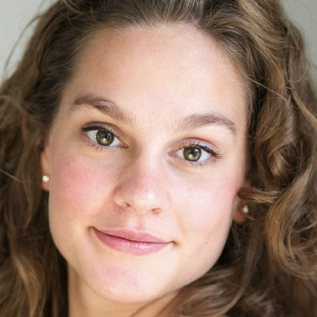