America came to the Munich Security Conference with a mission this year. No fewer than seven congressional delegations, three cabinet secretaries, 18 sub-cabinet officials – and even the UN ambassador – descended in force on the Hotel Bayerischer Hof. They came with a simple and surprisingly bipartisan message: an authoritarian China is on the rise and the democracies of the world, particularly those in Europe, must unite with America to stem the tide. In a world of great-power competition, relativism is weakness. Now it is us versus them, right versus wrong, the United States versus China. Europe, the Americans insisted, can no longer preach peace and understanding from the moral heights of the middle ground.

US defence secretary Mark Esper led the charge, bluntly asking the European audience to choose sides in the emerging rivalry. He made the struggle over 5G his case in point, urging all Europeans to finally join the US in excluding Chinese vendors Huawei and ZTE from the rollout of the new telecommunications networks. On the Democratic side, the Speaker of the House, Nancy Pelosi, presented an equally stark message, warning European countries that they will “choose autocracy over democracy” if they let Huawei into their 5G networks.

All this lofty language does strike a chord in Europe. The US delegation is never tired of portraying the US as the beacon of liberalism and the champion of the free world, the force of good, the leader whose followers do so out of conviction, not compulsion. Deep in the recesses of their Atlanticist hearts, most nostalgic Europeans at Munich recognised this language from their cold war upbringings. For a long time, America and democracy were terms that Europeans used almost interchangeably.

But those days are gone – even at the Munich Security Conference. The disconnect has arguably never been greater between what the US wants to represent and how others perceive it. The forceful, consistent messaging on China and Huawei did not find a receptive audience. Instead, it only seemed to irritate the Europeans.

Ironically, in the specific case of 5G, Americans’ own irritation at Europe’s wavering has considerable merit. US telecom companies are at this very moment rolling 5G networks out all over America, mainly using the technology of European vendors Nokia and Ericsson. Meanwhile, European operators such as Deutsche Telekom and Vodafone have longstanding relations with Huawei and ZTE and are hesitant to exclude Chinese kit. America chooses European tech, Europe does not.

For all the talk of digital sovereignty that many of the European leaders heralded both on and off the stage in Munich, getting themselves caught between the US and China is not the way to kickstart Europe’s digital future. Leadership on this issue from Germany, Europe’s industrial powerhouse, is markedly absent. Beyond some old-fashioned industrial policy ideas and calls for investment in research and innovation there is limited creativity about how Europe can fashion its own independent response to the technological challenges ahead. As Bundestag president Wolfgang Schäuble put it, that response should be located somewhere between Silicon Valley capitalism and Beijing’s digital authoritarianism. But where exactly this magic place will be and what it looks like remains unclear.

None of this is a good enough response to the China challenge or the American mission. Europe wants to be strong and united. A bastion of democracy, human rights, and rule of law that can determine its future. It wants to find its own path on 5G and other issues, free of both Chinese coercion and American moralising. But grand speeches about European purpose cannot paper over the reality of a Europe divided, stymied by inertia and an absence of European solutions to the vexing questions of the future. In this absence, Europeans will be stuck with the choices that the US lays out for them to select from. Finding their own way will require bold decisions. In Munich, Europeans did not yet appear up to the task. 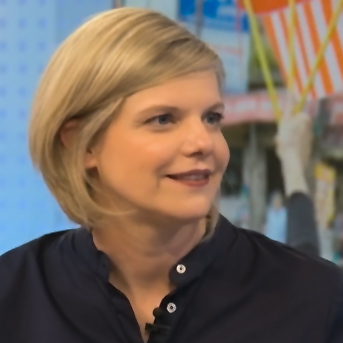