As many of its neighbours’ economies continued to languish, Malta achieved one of the highest growth rates in Europe in 2018. The islands have the third-highest employment rate in the European Union, trailing only the Czech Republic and Germany. According to the ECFR’s EU Coalition Explorer, while the average ratio of employed to unemployed persons in the seven southern member states is 8:1, Malta has a ratio of 25:1. 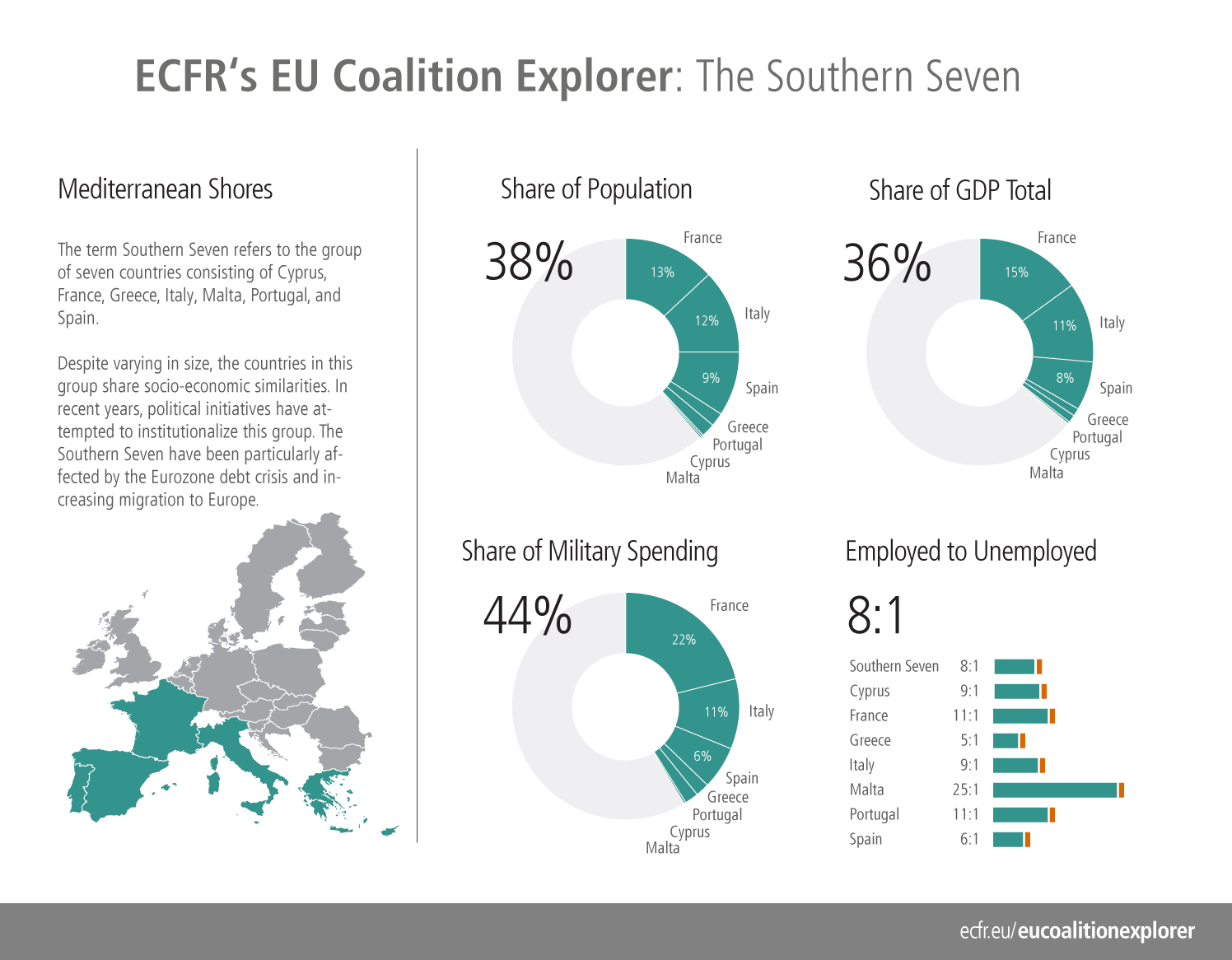 That Malta has for years now weathered a deep regional economic downturn is due in no small part to a rapid expansion of its online gaming and creative financial services industries, through the provision of preferential tax rates, a legislative environment amenable to offshore banking services, and appeals to foreign investors. In 2018 the Organisation for Economic Co-operation and Development, the European Parliament, and the Financial Action Task Force concluded that weak regulation of Malta’s financial services and online gaming sectors, its burgeoning cryptocurrency exchange sector, and its Individual Investor Program create significant money-laundering risks. Meanwhile, the European Banking Authority initiated an investigation into Malta’s Financial Intelligence Analysis Unit for failing to enforce EU anti-money-laundering standards. Yet, despite this flurry of international investigations and regulatory actions, little has changed on the ground.

Both of Malta’s leading political parties remain committed to its current growth model. Citizenship is up for sale, cryptocurrency exchanges are relocating to the island, and online gaming and creative financial services industries are booming. Even as alleged tax evasion by Maltese politically exposed persons comes under international scrutiny, the political class unanimously defends Malta’s right to “tax sovereignty” and resists EU efforts to harmonise financial regulations. Thus, it comes as no surprise that the findings of the Coalition Explorer reflect a staunch Maltese commitment to national prerogative over EU fiscal policy and eurozone governance. To those across the EU who might wonder how the ruling Labour government maintains overwhelming domestic support despite its links to an ever-growing litany of corruption scandals, one explanation suffices: it’s the economy, stupid!

In stark contrast to its position on fiscal policy and eurozone governance, Malta remains committed to a pan-European solution to the migration “crisis” through the establishment of common border force and coastguard, as well as a common immigration and asylum policy. Like other member states, Malta regards establishing a common immigration and asylum policy as the EU’s highest priority.

As the prospects of securing a European consensus on various aspects of migration policy – the Dublin II regulations, a Common European Asylum System, and even-handed refugee relocation programmes – grow ever more remote, Malta coordinates with a limited coalition of the willing in disembarking, redistributing, and processing migrants. The islands host the second-highest number of refugees per capita (18.2 per 1,000 people), and maintain the fourth-highest proportion of positive decisions on asylum application (68.7 percent), in the EU. Lacking an EU agreement on search and rescue cooperation, Malta pursues the only migration policy that has broad support across the bloc: the fortification and externalisation of Europe’s external border. To this end, Maltese policymakers see various Libyan actors as able partners in external border management, despite widespread violence and human rights abuses in the country. Malta trains the Libyan Coast Guard on Maltese soil and co-finances border management projects through the Partnership Framework on Migration.

In the eyes of many Maltese leaders, the policy of fortifying and externalising the border has been a success. In 2018 the number of migrant departures from Libya declined precipitously, as did arrivals in Europe along the central Mediterranean route. However, migrant deaths have increased dramatically as a percentage of crossings. Under the auspices of the EU, the Libyan Coast Guard has become more active, with the International Maritime Organization affirming in June last year Libya’s responsibility for a vast search and rescue zone. Predictably, this has led to a sharp rise in the number of migrants who have been forcibly returned to the country and incarcerated in detention centres there. But as Malta and other EU member states shift responsibility for asylum and search and rescue to Libya, they risk violating the 1951 Refugee Convention and the UN Convention on the Law of the Sea. 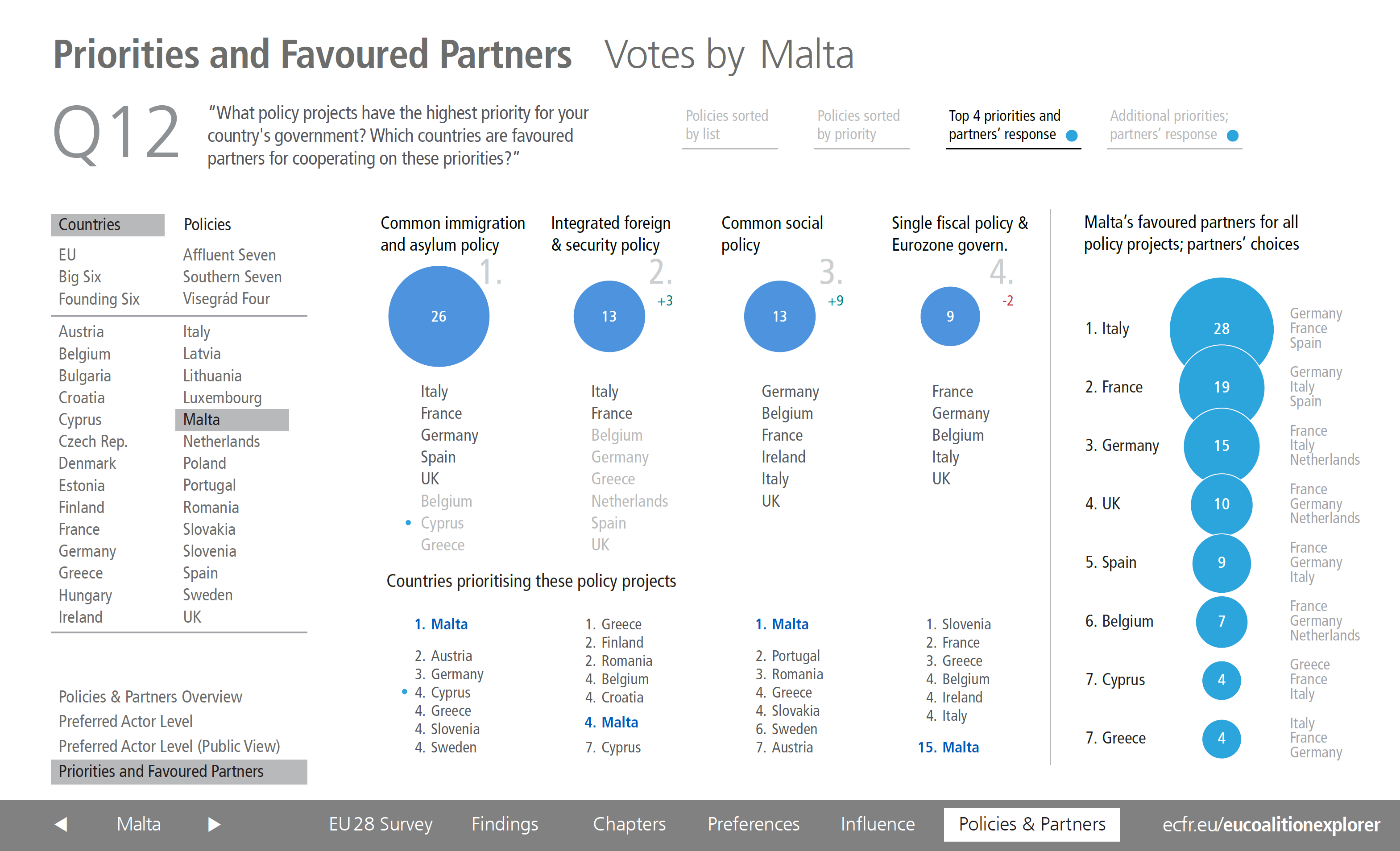 Lacking economic resources and military power, Malta is not a favoured partner of other member states – meaning that even its closest alliances within the bloc are inherently unbalanced. This partly explains why the country seeks to gain a competitive edge through loose financial regulations, low taxation, and efforts to nurture industries such as cryptocurrency, online gaming, and artificial intelligence. Concurrently, government rhetoric sensationalises the migration crisis and the pressure on Malta as a state on Europe’s external border – even at a time when there is relatively little irregular migration to the country. This approach is designed to increase Malta’s leverage within the EU while also playing to domestic concerns. Rather than grandstanding against the bloc like their Italian and British partners, Maltese politicians across the political divide remain – in rhetoric and reality – deeply committed to the European project. Yet national interests continue to determine the extent to which Malta supports European integration.

Daniel Mainwaring is an international foreign policy adviser and researcher based in Malta. He has been an associate researcher at ECFR since 2013.