Go to top
Summary available in

Far from being an all-powerful “spookocracy” that controls the Kremlin, Russia’s intelligence services are internally divided, distracted by bureaucratic turf wars, and often produce poor quality intelligence – ultimately threatening the interests of Vladimir Putin himself.

Drawing on extensive interviews with former and current intelligence officials, “Putin’s hydra: Inside Russia’s intelligence services” explains how the spy agencies really work, and argues that Europe’s view of them is patchy and based on outdated caricatures.

The paper punctures the myth that the agencies are the power behind the throne in Russia. They are firmly subordinated to the Kremlin, and Putin plays them off against one another. They are not a united bloc but a disparate group, whose solidarity disappears as soon as there is an opportunity to make money or avoid blame. 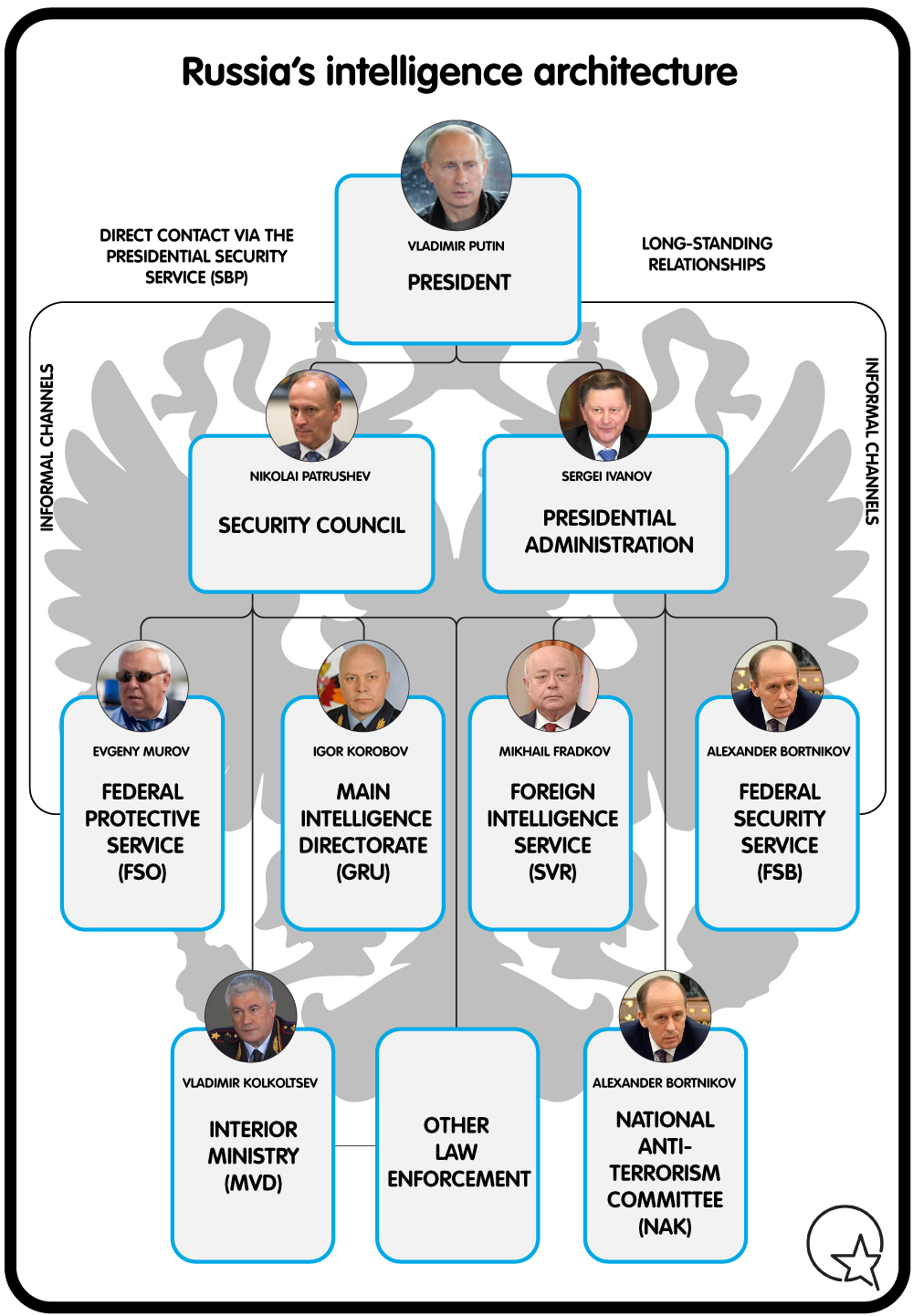 The agencies often replicate each others’ work, engaging in bloody competition rather than sharing intelligence. The need to please the Kremlin and deliver quick results leads to shoddy information gathering and analysis. Intelligence chiefs must shape and sugarcoat the facts to suit the president – or risk their jobs.

Fighting for territory, and locked in a Cold-War mindset where “If the West loses, we gain”, Russia’s spy agencies take extreme measures abroad – even assassinations. Their actions in the West may seem tactically effective but are strategically disastrous, painting Russia as an unpredictable threat.

European governments can moderate the agencies’ actions in their countries by adopting a tougher approach. This means investing not just in in counterintelligence but also addressing the governance weaknesses that facilitate the Kremlin’s campaigns, including placing tougher controls on their sources of dirty money.

“The Russians are engaging in massive and voracious intelligence-gathering campaigns, fuelled by still-substantial budgets and a Kremlin culture that sees deceit and secret agendas even where none exist.”

“The wars between the agencies have raged on-and-off since 2004. The blurring of boundaries between them encourages regular turf wars – not just over the usual bureaucratic prizes of responsibilities, funding, and access to the leadership but also business opportunities for officers, and sometimes outright survival.”

“Putin has the intelligence and security community he wanted: a powerful, feral, multi-headed, and obedient hydra. But it is Putin himself, and his dreams of Russia as a great power, that is the real victim of this badly managed beast. The agencies reinforce his assumptions and play to his fantasies rather than informing and challenging his worldview.”