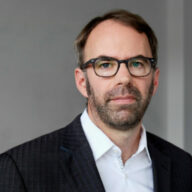 René Wildangel was a policy fellow at the European Council on Foreign Relations (ECFR) based in Berlin. Before joining ECFR in September 2019, Wildangel worked as a Middle East and North Africa (MENA) human rights expert at Amnesty International. Additionally, he was the country director of the Heinrich-Böll-Foundation’s Palestine/Jordan office in Ramallah from 2011-2015; served as an advisor on Foreign Policy in the German Bundestag and the US Congress; and as a desk officer at the German Federal Foreign Office.

Views from the capitals: The Libya conference in Berlin

A chance for leadership: German foreign policy after the killing of Qassem Soleimani

EU support for Lebanon: If not now, when?

The Lebanese desire for change is not going to go away. The EU should place itself at the heart of smoothing this transition.

Although Germany’s mediation role in the Libyan conflict has received relatively little attention so far, this might change if its initiative leads to a peace conference – or, alternatively, a collapse of the political process

The EU should end its acquiescence to Sisi’s policies

What Assad’s ‘victory’ could mean for Syrians in Germany

Undiplomatic: The risks of Germany’s ban on Hizbullah

A chance for accountability: Why Germany should welcome an ICC investigation into the situation in Palestine

No alternative: What the AfD wants for Europe

Despite its preoccupation with borders, the worldview of the AfD makes no distinction between foreign and domestic policy – and the party is using both to extend its deleterious influence

Views from the capitals: The Libya conference in Berlin

While the UAE boasts of having prevented Israeli annexation of parts of the West Bank, Israel’s occupation and Netanyahu’s aggressive settlement policy plays no role

The peace deal between Israel and the United Arab Emirates is mostly celebrated. However, it does not eliminate a single conflict, writes René Wildangel in his op-ed.

The fight against populists who have started to enter the political stage — not only in Brandenburg, but Germany and Europe — will only be successful if their illegal networks and activities will be exposed and ultimately broken up

In his op-ed, René Wildangel explains why Germany should welcome an ICC investigation into the situation in Palestine

I think for the U.S., it’s a declared goal to isolate Iran with their ‘maximum pressure’ campaign.

René Wildangel comments on the German decision to ban Hezbollah