Anyone planning to travel to the European Council on Foreign Relations’ Berlin office by metro in the coming months might need to double-check where to get out. A station that is 10 minutes walk away from the office could soon have a new name, after transport company BVG announced that it would no longer be called ‘Mohrenstraße’ (Moor Street). As the term “Mohr” is generally considered derogatory in German and offensive to Germany’s black community, a public campaign has pushed for years to rename the street. But resistance from local residents and politicians has prevented action. The debate about a new name for the station is ongoing. Activists have proposed for both the street and the station to be renamed “Anton Wilhelm Amo” – after an eighteenth-century black philosopher who was the first African to study at a Christian university in Europe. Amo may not be a household name, but he is a fascinating symbol of black history in Germany.

The episode forms part of an ongoing debate on racism and colonialism in Germany, reflecting public ignorance about their manifold manifestations in the country. When George Floyd was killed in the United States on 25 May, many Germans might have seen this as a faraway American problem. But others – including members of a small but increasingly vocal black community – reminded Germany of its obligation to discuss structural racism in its institutions, including the police and the armed forces.

As well as everyday racism on all levels – from random insults on the street to racial profiling by the police, to discrimination by employers and landlords – right-wing extremism and violent attacks have been on the rise. The only Afro-German member of the Bundestag, Karamba Diaby, has repeatedly received death threats, and his office has been physically attacked. A working group of the Office of the High Commissioner for Human Rights said after a country visit in 2017 that it was “deeply concerned about the human rights situation of people of African descent in Germany”. The Council of Europe has criticised Germany’s lack of action in correcting such problems.

This failure corresponds with shortcomings in the public debate on Germany’s colonial past. Germany is widely perceived as being a secondary colonial power in comparison to countries such as Britain or France. But, when Germany entered the colonial race in the late nineteenth century, it did so with the utmost brutality. In “Deutsch-Südwestafrika”, modern-day Namibia, German troops committed the first act of genocide of the twentieth century against the indigenous Herero and Nama peoples, killing an estimated 80,000 people. In what is now Tanzania, Burundi, and Rwanda, German troops killed up to 300,000 people.

Yet these crimes hardly register in German public memory. Germany – which some historians ironically refer to as “Erinnerungsweltmeister” (world champion of remembering the past), due to the pride it takes in coming to terms with the crimes of the Nazi era – has not exactly been a champion in remembering other dark chapters of its history, including its involvement in colonialism.

The only Afro-German member of the Bundestag, Karamba Diaby, has repeatedly received death threats, and his office has been physically attacked.

Even Chancellor Angela Merkel’s personal representative for Africa, Günther Nooke, has repeatedly addressed colonial history in a dubious way, once stating that colonialism “freed Africa from archaic structures”. In 2015 then Bundestag speaker Norbert Lammert and members of the government finally called out Germany’s act of genocide in Namibia. But Germany has not yet formally apologised for the crimes, out of fear that this would support calls for reparations. Nonetheless, an intergovernmental working group has tried since 2015 to create the conditions for the country to finally make such a step.

Even after this happens, a lot of work will remain for the German government, politicians, and the wider public. They need to create an awareness of, and set out concrete policies that tackle, Germany’s colonial heritage on two levels – concerning cultural memory and ongoing discrimination against people of colour in Germany, as well as the country’s relations with African states.

On the first level, there is an imminent need to rename streets and remove or recontextualise statues of the most notorious culprits in colonial-era crimes (many such statues dedicated to colonial ‘heroes’ and their white supremacist ideology were erected in the Nazi era). Politicians should involve the black community in the process. The financial assets and bureaucratic energy it would require should be no reason to further delay action. As part of this, Germany should establish a central site to memorialise and provide education on the colonial era – something that is striking in its absence from the country’s vast memorial landscape. And schools should devote more time to the subject.

These attempts to come to terms with the past should also address the rampant racism experienced by the Afro-German community and other people of colour in Germany. Germany created a national action plan to fight racism in 2007 and updated it in 2017, while the current coalition government has mentioned the need to address Germany’s colonial history. But the relative lack of progress there has been in this shows why the country needs to invest more resources in the fight, not least in relation to far-right extremism.

Initiatives designed to change German attitudes towards colonial history will also be important in improving Germany’s relations with African countries. While a lively debate about stolen artefacts from the colonial period has led to a set of guidelines on their return, Germany should expand its cooperation with African nations in the area. Germany should invest more in an open dialogue with African civil society groups on common history and support related African cultural projects and research. The German Foreign Ministry has already promised to increase its commitment in the area.

It would be misguided for Germany to link past crimes to its development assistance for African countries, which should remain focused on universal human development goals. Accordingly, the chancellor’s personal representative for Africa should be relocated to the Foreign Ministry or the Chancellery, with the debate about colonialism and racism specifically included in the role’s portfolio. Germany has recently expressed high ambitions to renew its partnership with Africa. Systematic efforts to address Germany’s colonial history – including difficult questions about reparations and official apologies to African nations – should be the starting point for achieving these aims. 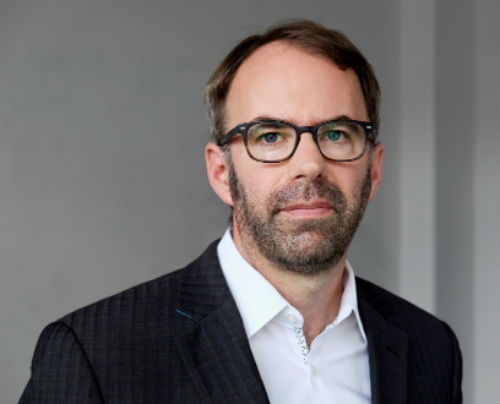