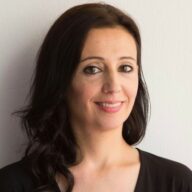 Rania Abouzeid was a visiting fellow with the Middle East and North Africa programme at the European Council on Foreign Relations. Her topics of focus were Syria and Iraq.

Abouzeid is a Beirut-based journalist and author of the book No Turning Back. Life, Loss, And Hope in Wartime Syria, published in March 2018. She has covered the Middle East and South Asia for well over 15 years, and is the recipient of numerous prizes for international journalism, including the Michael Kelly Award and the George Polk Award for Foreign Reporting. Her work has appeared in Time Magazine, The New Yorker, Foreign Affairs, National Geographic, Politico, and other outlets, both print and television. Abouzeid is a graduate of the University of Melbourne, Australia.

When the weapons fall silent: Reconciliation in Sinjar after ISIS

Syria’s uprising within an uprising

The Islamic State of Iraq and ash-Sham (ISIS), a transnational ultraconservative Islamist group has been a thorn in the Syrian revolution since its inception in April 2013. The group is at the centre of a new round of infighting in rebel-held Syria.